Fire Garden is a 1996 album from guitarist Steve Vai.

This is his fourth solo album, as Alien Love Secrets is an EP.

Fire Garden is divided into two "phases". Phase 1, consisting of everything from "There's a Fire in the House" to "Fire Garden Suite", is all instrumental (with the exception of Devin Townsend's backwards vocals on "Whookam" and some more vocals toward the end of "Fire Garden Suite"). The remainder of the album, Phase 2, features Vai on vocals on every song except "Warm Regards", which is an instrumental.

The album was intended to be a double album, but at mastering time Vai heard about the new 80 minutes CD format (instead of 74 for standard CD), and both sides would eventually fit on one disk.

"Dyin' Day" was co-written by Ozzy Osbourne during the writing sessions for Osbourne's Ozzmosis album, which was released in 1995. One other song from those sessions ("My Little Man") made its way onto Ozzmosis, and is credited on that album as being co-written by Vai. 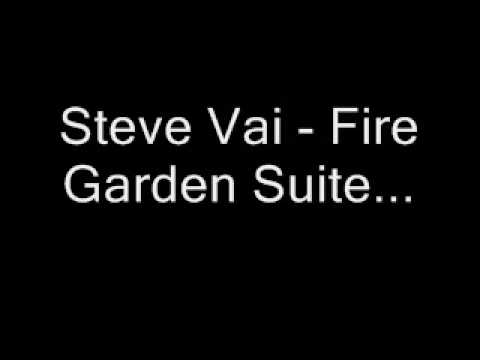