The King of Fighters '96 is Released

The King of Fighters '96 is a 1996 fighting game released by SNK for the Neo Geo arcade and home consoles.

The game made a few changes to gameplay such as new techniques, various changes of some teams, with a few of them introducing new characters. The plot follows a new King of Fighters tournament created by Chizuru Kagura, the heir of Yata Clan who wants to find the man who defeated the previous KOF host, Rugal Bernstein, to ask him to help her in the sealing of the Orochi demon. The new boss is one of the servants from Orochi, Goenitz, who appears after Chizuru is defeated.

SNK members had various troubles with the development of the game as they were dragged on right up to the time of its scheduled release. This happened since developers had diffulties with making the sprites and special moves of new characters from the game. The game has had mixed reviews from several video games publications. While some reviewers have praised the graphical improvements and the addition of new characters, some have commented it was unbalanced in comparison to its prequels.

King of Fighters '96 is all about Team Fighting a concept, at its inception, that was pretty new and fresh to the fighting game world. In King of Fighters '94 you chose a team. That team consisted of three people.

As of King of Fighters '95, the rules are a little different. Now you choose three people to be ON a team; you're not stuck with players you don't want. That means you can choose your best fighters out of 27 different possibilities and team them up.

You will, using these three characters, try to beat each of your opponent's team members, one by one. When a team member loses his/her life bar, the next team member jumps in to pick up the fight and the victor gets a tiny bit of power back.

The first person to go through all three of their team members loses the match. 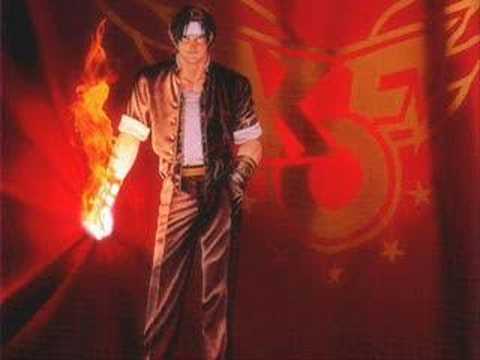 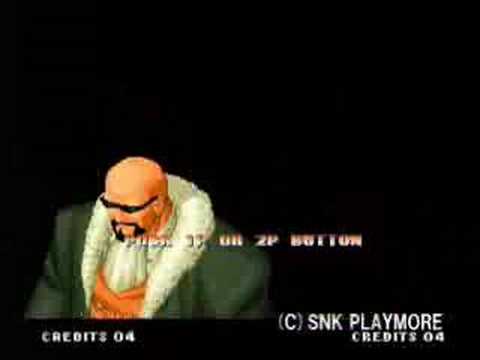