Atlanta was selected in September 1990 in Tokyo, Japan, over Athens, Belgrade, Manchester, Melbourne and Toronto. Atlanta's bid to host the Summer Games that began in 1987 was considered a long-shot, since the U.S. had just hosted the Summer Olympics just 6 years earlier in Los Angeles. Atlanta's main rivals were Toronto, whose front running bid that began in 1986 seemed almost sure to succeed after Canada had held a successful 1988 Winter Olympics in Calgary and Melbourne, Australia, who hosted the 1956 Summer Olympics and felt that the Olympic Games should return to Australia. Athens bid was based on sentiment, the fact that these Olympic Games would be the 100th Anniversary of the first Summer Games in Greece in 1896.

The games had a profound impact on the city of Atlanta and many in the metro area consider the Games to be instrumental in transforming Atlanta into the modernized city it has become. One instance is the mid-rise dormitories built for the Olympic Village, as one of these complexes became the first residential housing for Georgia State University, and has recently been transferred for use by the Georgia Institute of Technology. Another example is Centennial Olympic Stadium, which by design was later converted in the baseball-specific Turner Field for the Atlanta Braves after the Games concluded, as there was no long-term need for a track and field venue in the city. Centennial Olympic Park was also built for the events and is still in use.

However, Atlanta's heavy reliance on corporate sponsorship caused many to consider the Games to be overly-commercialized. Coca-Cola, whose corporate headquarters is in Atlanta, received criticism for being the exclusive drink offered in Olympic venues.In addition, the city of Atlanta was found to have been competing with the IOC for advertising and sponsorship dollars. The city licensed street vendors who sold certain products over others, and therefore provided a presence for companies who were not official Olympic sponsors.

At the closing ceremony, IOC President Juan Antonio Samaranch said in his closing speech, "Well done, Atlanta" and called the Games "most exceptional". This broke precedent for Samaranch, who had traditionally labeled each Games "the best Olympics ever" at each closing ceremony, a practice he resumed at the subsequent Games in Sydney in 2000. 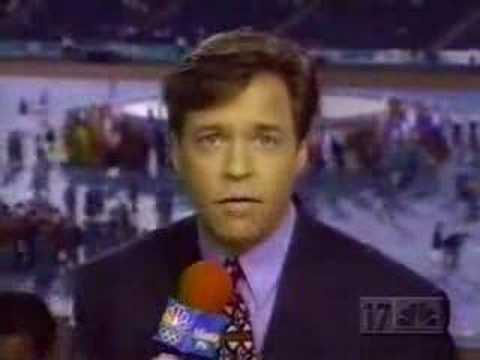