Flight ALW 301 departed Puerto Plata for a charter flight to Frankfurt via Gander and Berlin at 23:42 LT. At 80 knots on take-off the captain found out that his air speed indicator (ASI) wasn't working properly. The co-pilot's indicator seemed to work fine. While climbing through 4700 feet the captain's ASI read 350 knots (real speed was about 220kts); this resulted in an autopilot/autothrottle reaction to increase the pitch-up attitude and a power reduction in order to lower the airspeed. At that time the crew got 'Rudder ratio' and 'Mach airspeed' advisory warnings. Both pilots got confused when the co-pilot stated that his ASI read 200 knots decreasing while getting an excessive speed-warning, followed by a stick shaker warning. This led the pilots to believe that both ASIs were unreliable.

Finally realizing that they were losing speed and altitude they disconnected the autopilot (which, fed by the captain's faulty ASI, had reduced the speed close to the stall speed) and applied full thrust. At 23:47:17 an aural GPWS warning sounded. Eight seconds later the aircraft struck the ocean.

The incorrect ASI readings were possibly caused by an obstructed pitot tube, which had left uncovered for 3-4 days prior to this flight.

PROBABLE CAUSE: "The crew's failure to recognize the activation of the stick shaker as a warning of imminent entrance to the stall, and the failure of the crew to execute the procedures for recovery from the onset of loss of control."

Doubts were raised yesterday over the maintenance of the Boeing 757 jet liner which crashed into the Atlantic off the Dominican Republic on Tuesday, with claims and counterclaims over who had serviced it.

The events surrounding the crash have raised concerns over standards of small charter airlines, many of which are under intense commercial pressures.

The plane was owned by the Istanbul-based Birgenair and flew under the name of Birgenair's local Turkish-managed partner Alas Nacionales ("National Wings"). All 189 on board are presumed dead after it plunged into the sea, leaving only wreckage and corpses. Muhip Ismen, Chairman of the Board of Birgenair, said that maintenance had been normal and the plane had been well looked after. "It is looked at after every take-off and every landing. In Germany, such transit inspections are done by Condor and Lufthansa," he said. 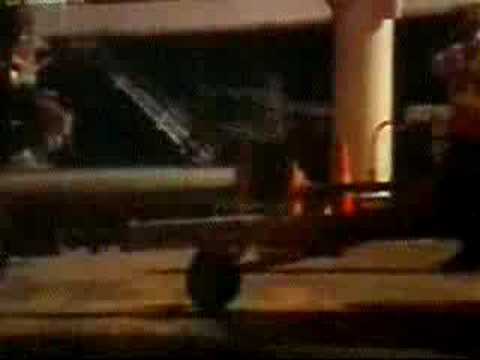