Street Fighter Alpha 2 is Released in the Japanese Arcade

The game is a sequel to the previous year's Street Fighter Alpha: Warriors' Dreams, which is itself a prequel to the Street Fighter II sub-series in terms of plot and setting. The game featured a number of improvements over the original, such as new endings, stages, moves and gameplay systems.

Street Fighter Alpha 2 retains most of the new features introduced in the original Street Fighter Alpha, such as the three-level Super Combo gauge, Alpha Counters, Air-Blocking and Fall Breaking. The main new feature in the game is the inclusion of the "Custom Combo" system ("Original Combo" in Japan), which replaces the "Chain Combos" from the first Alpha. If the Super Combo gauge is on Lv. 1 or above, the player can initiate a Custom Combo pressing two punch buttons and a kick simultaneously (or vice versa). The player can then perform any series of basic and special moves to create a Custom Combo until the Timer Gauge at the bottom of the screen runs out. The only characters that can still perform Chain Combos in the game are Guy and Gen, but only to a limited extent. Additionally, each character now has two Alpha Counters instead of just one: one that can be performed with a kick button and another with a punch button.

The single-player mode, much like the original Street Fighter Alpha, consist of eight matches with computer-controlled opponents, including a fixed final opponent whose identity depends on the player's selected character. Each character also has a secret "rival" whom they can face during the course of the single-player mode after meeting certain requirements, in which then the rival will interrupt one of the player's regularly scheduled matches and exchange dialogue with the player's character. With Akuma now a regular character, a more powerful version of the character dubbed "Shin Akuma" replaces him as a secret opponent. Unlike Super Turbo and the original Alpha, Shin Akuma challenges the player before the player's final opponent, rather than as an alternate final boss. 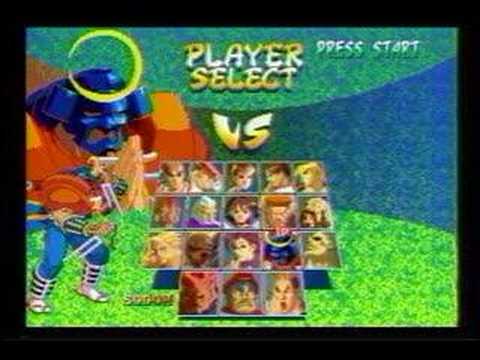