Danny Wuerffel became the second player from the University of Florida to win the Heisman.

Daniel Carl Wuerffel (born May 27, 1974 in Pensacola, Florida) is a former American football player. He won the 1996 Heisman Trophy while playing quarterback at the University of Florida under coach Steve Spurrier. He later played for several National Football League teams, retiring in 2002. Since retiring from football Wuerffel has been engaged in charitable work in New Orleans.

Wuerffel attended the University of Florida. One of the most decorated players in Florida's football history, Wuerffel won the 1996 Heisman Trophy while quarterbacking the Gators to the consensus national championship with help from teammates Fred Taylor at running back, Reidel Anthony, Ike Hilliard and Jacquez Green at receiver and Jeff Mitchell on the offensive line. He led the Florida Gators to four consecutive Southeastern Conference titles between 1993 and 1996, and the 1996 National Championship, won in decisive fashion (52-20) over archrival Florida State University at the 1997 Sugar Bowl in New Orleans, Louisiana. He is the only Heisman Trophy recipient to receive the Draddy, which is presented by the National Football Foundation and the College Football Hall of Fame to the nation’s top football scholar-athlete.
Wuerffel was a First-team All-America selection in 1995 and 1996 and two-time recipient of the Davey O'Brien Award as the nation's top college quarterback both of those seasons. Also awarded the Johnny Unitas Golden Arm Award award as the nation's top senior quarterback. In 1995 he also was awarded the Sammy Baugh Trophy, emblematic of the nation's top collegiate passer. Also in 1996 he was named the NCAA QB of the Year but the Touchdown Club of Columbus.[1]. He was named to the Gainesville Sun’s UF Team of the Century in 1999 and was chosen the century’s top Gator offensive player by that publication. Also a member of the Florida Gator's 100th Anniversary Team, which was chosen in 2006.
He finished his Gator career by completing 708 of 1,170 passes for 10,875 yards with 114 touchdown passes, the best in SEC history and second-most in major college history. His career pass efficiency rating of 163.56 was the best in major college history and his percentage of passes which went for a touchdown (9.74) ranked first in collegiate history. In 1995, his efficiency rating of 178.4 set a single-season collegiate record. During his Heisman-winning season of 1996, he completed 207 of 360 passes for 3,625 yards (an SEC record at the time) for 39 touchdowns (leading the nation) and his efficiency rating of 170.6 made him the first quarterback to ever post a rating of 170 or better in back-to-back years.

Danny Wuerffel’s career at the University of Florida is legendary. But his greatest legacy is the one he’s leaving on the city of New Orleans.

While quarterbacking the University of Florida to the national championship in 1996, Danny Wuerffel was named the recipient of the Heisman Trophy, the highest honor bestowed on any college football player. He also earned the distinction as the only player ever to win the Heisman Trophy and the Draddy Scholarship as the nation’s top scholar-athlete. After playing in the NFL, Wuerffel retired from football to devote his life to his Desire Street Ministries, a non-profit, faith-based organization that focuses on spiritual and community development in one of the poorest areas of New Orleans.

In 2005, Wuerffel once again made national news with his calls to action and plans to rebuild the city following the devastation of Hurricane Katrina. For his exemplary achievements on and off the field, the All Sports Association of Fort Walton Beach created the Wuerffel Trophy in his honor in 2005. To this day, he still holds numerous national, conference and school records and maintains a legendary status as one of the greatest college football players ever to play the game.

In 2006, Wuerffel was inducted into the Gator Football Ring of Honor alongside his former coach, Steve Spurrier. 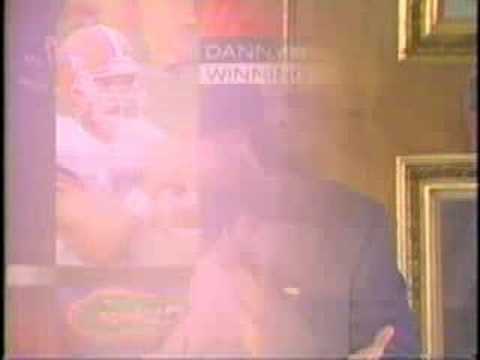 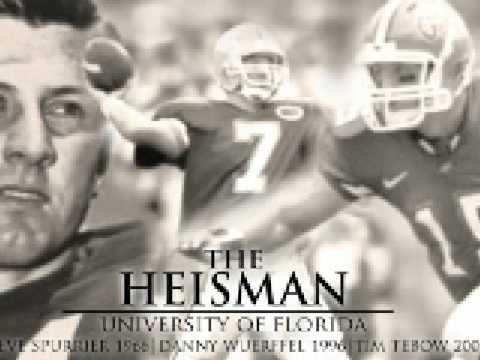