Gameplay was identical to MK3 but introduced a few new elements. Two new tournament modes were introduced. One was entitled 2-on-2 Kombat Mode which was similar to an Endurance match but with human players on both sides. There was also a new eight player tournament mode. "Chain combos" could be started by using a jump punch (vertical or angled) or a vertical jump kick which created more comboing opportunities. Some characters were given extra combos and some combos were even damage reduced. Combos that knock opponents in the air would no longer send one's opponent to the level above in multi layered levels. Only regular uppercuts would allow for this. New MK3 characters are added in UMK3 including Kitana, Jade, Reptile and Scorpion on the prototype version. New Ultimate Kombat Code added in revision 1.0 to enable Mileena, Ermac and Sub-Zero.

Before the end of the year, Ultimate Mortal Kombat 3 had hit arcades, and was on its way home. In addition to character tweaks made to help balance the game, and improvements to the spotty AI, they brought back the greatly missed ninjas: Kitana, Mileena, Scorpion, and Reptile, joined by Jade, who was an unplayable secret character in the second title. The revision helped to win over some frustrated fans, but followers of Johnny Cage, Raiden, and Baraka remained perturbed.

Although the original MK3 and its Ultimate version had made it to home consoles, the rise in popularity of a new generation of hardware with massive storage space gave Midway cause to take one more crack at the game before moving on. Their final iteration, Mortal Kombat Trilogy, offered something no fan could ignore: It brought every character from the series into the fold, along with most of the levels, making for one massive game that had enough to please everyone. Sure, some of the balance went out the window with the massive cast, but it was a small price to pay to make the Mortal Kombat family whole again, and it gave fans the closure they needed for Midway to move on to Mortal Kombat 4. 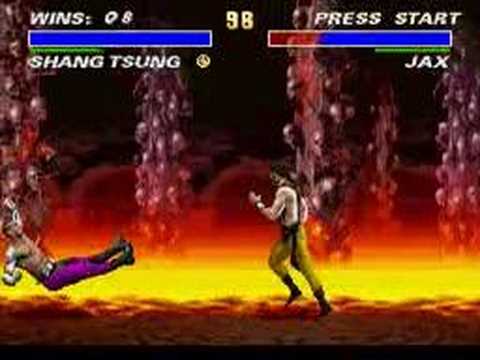 View other events that happened in 1995