UFC 6: Clash of the Titans

UFC 6: Clash of the Titans was the sixth mixed martial arts event held by the Ultimate Fighting Championship on July 14, 1995, at the Casper Events Center in Casper, Wyoming.

UFC 6 featured an eight-man tournament, and two alternate fights which were not shown on the live pay-per-view broadcast. The tournament had no weight classes, or weight limits. Each match had no rounds; therefore no judges were used for the night. A 20 minute time limit was imposed for the quarterfinal and semi-final round matches in the tournament. The finals of the tournament and the Superfight had a 30 minute time limit and, if necessary, a five minute overtime.

This event continued the Superfight format from UFC 5 to determine a reigning champion for tournament winners to face. Ken Shamrock remained in the spot due to his perceived dominance in the previous superfight with Royce Gracie, and his opponent was UFC 5 champion Dan Severn in a match dubbed as "The Clash of the Titans".

The referee for the night was 'Big' John McCarthy, who had the power to restart the fight from a standing position if the fighters were stalemate and no progress was being made by either one. Michael Buffer served as the guest ring announcer for the night. 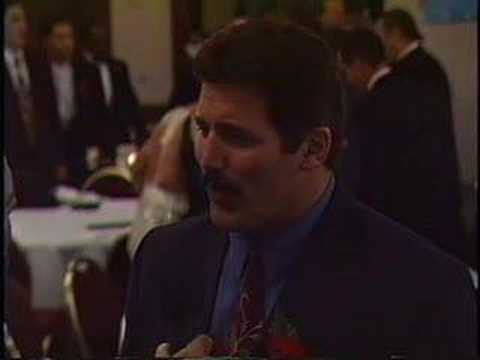