The 1995 Stanley Cup Final NHL championship series was contested by the New Jersey Devils and the Detroit Red Wings.

This was the first of 9 consecutive finals featuring American franchises. New Jersey was making the franchise's first-ever appearance in the Final, while Detroit returned to the Final for the first time since the 1966 Final. The Devils swept the series four games to none to win their first Stanley Cup. It was the second sweep in the Finals in four years.
Despite the fact that the regular season was cut severely short by the owners lockout, both the season, and the finals were saved at the eleventh hour and the playoffs were held, despite many fans and sports writers insistence that the such a short season did not adequately reflect a proper hockey season and should have been aborted. The win by the Devils marked their first Stanley Cup title, after 21 seasons and two franchise relocations. It was also the first of three for the Devils in less than a decade.
This series featured the two teams that went to the finals at least three times since the NHL renamed the conferences before the 1993-94 season. Including 1995, the Devils went to the Finals 4 times, while the Red Wings went there 6. It also marked the beginning of a series of wins they both, along with the Colorado Avalanche, would establish in the era from 1995 to 2003. The three teams would win a combined eight Stanley Cups during that time. The Devils won it here, followed by the Avalanche in 1996, then the Red Wings in 1997 and 1998. After the Dallas Stars won in 1999, the four-year cycle repeated as the Devils started it again in 2000, followed by Colorado in 2001, Detroit in 2002, and the Devils themselves in 2003.

To get to the finals New Jersey defeated the Boston Bruins 4–1, the Pittsburgh Penguins 4–1, and the Philadelphia Flyers 4–2.
Detroit defeated the Dallas Stars 4–1, the San Jose Sharks 4–0 and the Chicago Blackhawks 4–1.

The countdown continued through an entire off-season filled with uncertainty. NHL players and owners faced the turmoil that would eventually lead to the infamous lockout, which lasted 103 days, delaying the start of the 1994-95 season until January 11.

Then, the countdown to greatness, to hockey immortality, continued through one of the greatest post-seasons in NHL history. It continued up until just before midnight on June 24, 1995.

Coming off of a thrilling 1994 Cup final and with best years of Wayne Gretzky and for the most part Mario Lemieux in the past, the NHL is shutdown in a labour dispute that results in a 48 game shortened schedule. When hockey finally started up again, the offense seemed to disappear, as the New Jersey Devils, stereotyped as masters of the dreaded neutral-zone trap, define the coming era.

Defense wins championships is the old saying. It certainly did in 1995. 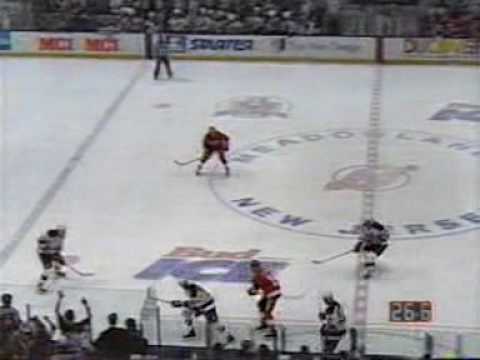 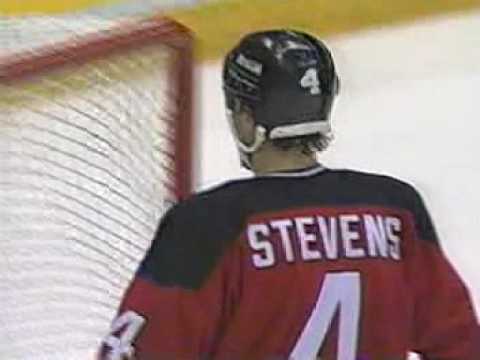