Crumb is a 1994 documentary film about the noted underground comic artist Robert Crumb (R. Crumb) and his family.

Directed by Terry Zwigoff and produced by Lynn O'Donnell, it won widespread acclaim, including the Grand Jury Prize at the Sundance Film Festival. The late critic Gene Siskel hailed Crumb as the best film of the year, as did critic Jeffrey M. Anderson, who writes for the San Francisco Examiner. It was released in the USA on April 28, 1995.

So well-regarded was the documentary Crumb (1994) that the failure of it and of the same year's equally acclaimed Hoop Dreams (1994) to result in Oscar nominations caused a media furor which forced the Academy of Motion Picture Arts and Sciences to revamp its documentary nomination process. Robert Crumb is a respected but controversial underground comic book artist and writer whose creations include the popular "Keep on Truckin'" and Fritz the Cat (1972). Crumb's adult subject matter includes weird sexual obsessions, social criticism, and personal, confessional observations about abnormal human psychology. The genesis and meaning of Crumb's work is explained through a series of interviews with his colleagues, former lovers, and especially family members, which reveal a horrific upbringing that has crippled both Crumb and his siblings -- but has also fueled the artist's groundbreaking work. A long-time friend of the film's subject, director Terry Zwigoff followed Crumb (1994) with another comic book-related project, Ghost World (2000), a drama based on a story from the anthology series "Eightball" by Daniel Clowes. ~ Karl Williams, All Movie Guide 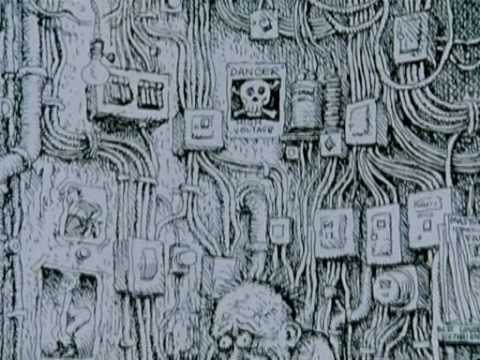