The Oklahoma City bombing was a bomb attack on the Alfred P. Murrah Federal Building in downtown Oklahoma City on April 19, 1995.

Timothy McVeigh detonated an explosive-filled truck that he had parked in front of the Federal Building. McVeigh's co-conspirator, Terry Nichols, had assisted in the bomb preparation. It was the most destructive act of terrorism on American soil until the September 11, 2001 attacks. The Oklahoma blast claimed 168 lives, including 19 children under the age of 6, and more than 680 people were injured. The blast destroyed or damaged 324 buildings within a sixteen-block radius, destroyed or burned 86 cars, and shattered building glass in a three mile square area. The bomb was estimated to have caused at least $652 million worth of property damage.

Extensive rescue efforts were undertaken by local, state, federal, and worldwide agencies in the wake of the bombing, and substantial donations were received from across the country. The Federal Emergency Management Agency (FEMA) activated eleven of its Urban Search and Rescue Task Forces, consisting of 665 rescue workers who assisted in rescue and recovery operations.

Motivated by his hatred of the federal government and angered by what he perceived as its mishandling of the Waco Siege (1993) and the Ruby Ridge incident (1992), McVeigh timed his attack to coincide with the second anniversary of the deaths at Waco. Within 90 minutes of the explosion, McVeigh was stopped by Oklahoma State Trooper Charlie Hanger for driving without a license plate and was arrested for unlawfully carrying a weapon. Forensic evidence quickly linked McVeigh and Nichols to the attack; Nichols was arrested, and within days both were charged. Michael and Lori Fortier were later identified as accomplices. The official investigation, known as "OKBOMB", was the largest criminal investigation case in American history; FBI agents conducted 28,000 interviews, amassing 3.5 short tons (3.2 t) of evidence, and collected nearly one billion pieces of information. The bombers were tried and convicted in 1997. McVeigh was executed by lethal injection on June 11, 2001, and Nichols was sentenced to life in prison. Michael and Lori Fortier testified against McVeigh and Nichols; Michael was sentenced to twelve years in prison for failing to warn the U.S. government, and Lori received immunity from prosecution in exchange for her testimony. As with other large-scale terrorist attacks, conspiracy theories dispute the official claims and allege the involvement of additional perpetrators.

As a result of the bombing, the U.S. government passed legislation designed to increase the protection around federal buildings to deter future terrorist attacks. From 1995 to 2005, over 60 domestic terrorism plots were foiled due to preventive measures taken in response to the bombing. On April 19, 2000, the Oklahoma City National Memorial was dedicated on the site of the Murrah Federal Building, commemorating the victims of the bombing. Annual remembrance services are held at the same time of day as the original explosion occurred. 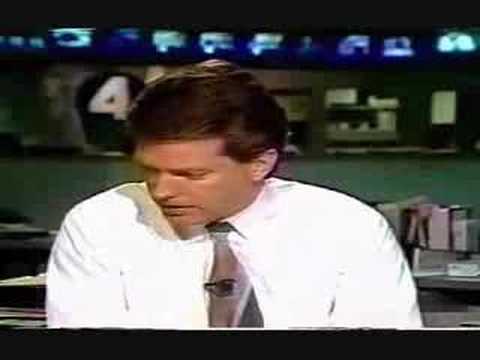