Widely regarded as one of the founders of the gangsta rap subgenre, he rose to fame as the founder and member of the group N.W.A and later achieved critical and commercial success as a solo artist.

Eazy-E's vocal style was marked by his youthful, high-pitched voice and his lyrics focusing on the elements of urban street life such as guns, drugs, relations between residents and the police, and sexual activity. He had also for some time hosted a hip-hop radio show on Los Angeles-based radio station KKBT.

On March 16, 1995, Eazy-E checked himself into Cedars-Sinai Medical Center in Los Angeles with what he believed at the time was chronic asthma. Following comprehensive tests, it was discovered that he was suffering from AIDS, and his condition deteriorated rapidly. During the week of March 20, already having made amends with Dr. Dre and Ice Cube, Eazy-E drafted what would be his last message to his fans. On March 26, 1995, ten days after being admitted into the hospital, Eazy-E died at the age of 31. On his death bed days before, Eazy married long-term girlfriend and mother of his child Tomica Woods, and she inherited his share of Ruthless Records. He was buried at Rose Hills Memorial Park in Whittier, California.

In November of 1995, shortly after Eazy-E's death, Str8 off tha Streetz of Muthaphukkin Compton was released posthumously. The album was set to have up to 60 tracks on two discs, but Eazy-E died before he could finish it. 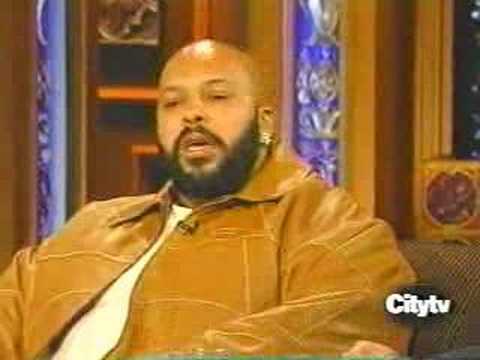