Tekken Is Released on the Playstation in North America

Tekken is a fighting game and is the first of the series of the same name.

It was released at arcades in 1994 and on the PlayStation in 1995 and was later released again in Tekken 5's Arcade History mode. It was developed and published by Namco.

Tekken is one of the earliest 3D fighting game franchises, with the first game applying many of the concepts found in Virtua Fighter by Sega.

As with many fighting games, players choose a character from a lineup, and engage in hand-to-hand combat with an opponent.

Tekken differs from other hand-to-hand fighting games in some ways. Traditional fighting games are usually played with buttons which correspond to the strength of the attack, such as strong punch or weak kick. Tekken, however, dedicates a button to each limb of the fighter, making learning special attacks more of an intuitive process. The player could watch the animation on screen and figure out the appropriate command (if the character kicks low with their right leg, the move is likely to be executed by pressing down and right kick, or a similar variation).

Tekken was met with many positive reviews, with critics claiming it was a good start to the series. Its success and popularity has spawned five sequels. The Tekken games have been highly popular with the martial arts community due to moves of the fighters being close to the actual style of fighting. 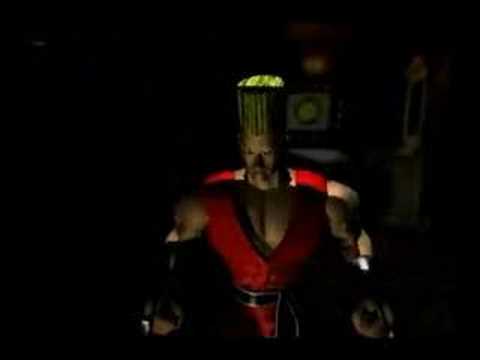 View other events that happened in November 1995