No soup for you!”

The Soup Nazi is also the nickname of the titular character played by Larry Thomas. The term "Nazi" is used as an exaggeration of the excessively strict regimentation he constantly demands of his patrons.

The Soup Nazi was portrayed by Larry Thomas, who was nominated for a 1996 Emmy for the role. Thomas, who did not realize that the character was based on a real person, received the inspiration for his portrayal from watching Lawrence of Arabia and studying Omar Sharif's accent.

The character was inspired by Al Yeganeh, a New York City soup vendor who ran Soup Kitchen International in midtown Manhattan at 259A West 55th Street, near 8th Avenue. Prior to his fictional counterpart's appearance on Seinfeld, the real Al Yeganeh was unflatteringly referred to by local patrons as the "Terrorist." His soups were renowned for their excellent quality, but his interactions with customers seemed somewhat capricious. Some were granted extra side items like candy or bread, but no clear rules for this attention were ever established; this was referenced in episode by George's incident with the bread.

Before the episode was written, much of the cast of Seinfeld (including Wayne Knight) had been to Soup Kitchen International. One day, during production of the eighth season of Seinfeld, Seinfeld and several writers went to Yeganeh's soup stand for lunch. Upon recognizing Seinfeld, Yeganeh launched into a profanity-laced rant about how "The Soup Nazi" episode had "ruined his life", and he demanded an apology. Seinfeld gave what writer Spike Feresten described as "the most sarcastic, insincere apology" he'd ever heard. Yeganeh bellowed "No soup for you!" and ejected Seinfeld and his friends from the restaurant. 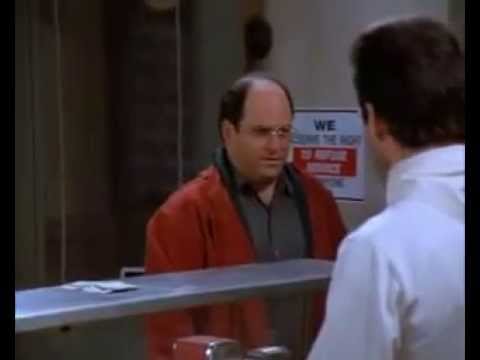