Rap Jam: Volume One is Released for the Super NES

Rap Jam: Volume One is a Super Nintendo Entertainment System basketball video game in which the players are rap and hip-hop artists.

The game is played on an urban basketball court, with fisticuffs and no foul calls. There is an exhibition mode and a tournament mode.

The game was released in January 1995. Despite the Volume One moniker this was the only installment released. There was never a Volume Two in either completed or prototype form.

Oh Jesus, this one hurts. It's a game starring real-life rap stars, but not doing the things you might be interested in seeing. There's no rapping, no dancing, no booty... it's not even set in the exciting and murderous world of rap music. It's a game about basketball. That's right, in some sort of video game-making joke that went too far, you get to fantasize about being a rapper fantasizing about being a basketball player. To put it in terms you might be able to better understand, but probably pretend not to, it's like when I'm pretending to be TV's hunky Matt LeBlanc having sex with a cantaloupe which we both pretend is Lynda Carter while she's pretending to be SCUBA Wonder Woman. 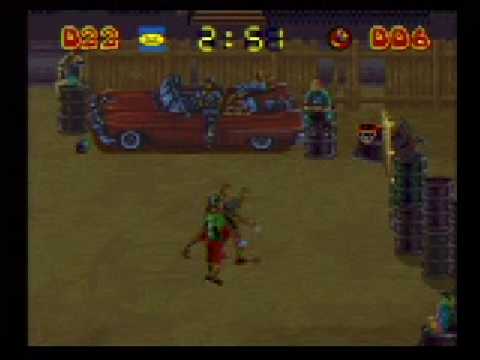 View other events that happened in January 1995