The 49ers dominated the game right from the start.

On the opening kickoff, a 15-yard facemask penalty on Chargers linebacker Doug Miller gave San Francisco the ball at their own 41-yard line. Then on the third play of the drive, 49ers quarterback Steve Young threw a 44-yard touchdown pass to Jerry Rice. The 49ers became the second team to take the opening kickoff and score a touchdown on that first drive (the first being the Miami Dolphins in Super Bowl VIII). After forcing the Chargers to punt, the 49ers advanced 79 yards in four plays, scoring on a 51-yard touchdown pass from Young to running back Ricky Watters to give San Francisco a 14-0 lead less than 5 minutes into the first quarter.

The Chargers responded on their ensuing possession, marching 78 yards in 13 plays and taking more than 7 minutes off the clock. Running back Natrone Means finished the drive with a 1-yard touchdown run to cut San Diego's deficit to 14-7. But the 49ers quickly countered after the ensuing kickoff, driving 70 yards in 10 plays, and Young threw his third touchdown pass of the game to fullback William Floyd for 5 yards, increasing the lead 21-7

Later in the second quarter, Chargers punter Bryan Wagner's 40-yard punt from his own 9-yard line gave the 49ers the ball at the San Diego 49. San Francisco then marched on a 9-play drive to score on Young's fourth touchdown pass, an 8-yard toss to Watters with 4:44 left in the half. The Chargers then took the ensuing kickoff and drove 62 yards from their own 25-yard line to the San Francisco 13. But after 3 incomplete passes, they were forced to settle for kicker John Carney's 31-yard field goal, cutting their deficit to 28-10.

A 33-yard completion from Young to tight end Brent Jones helped the 49ers reach the San Diego 29-yard line on their next possession, but Young's third down pass to Jones was overthrown and rookie kicker Doug Brien missed a 47-yard field goal attempt. The Chargers then drove to their own 46-yard line, but 49ers defensive back Eric Davis intercepted Humphries' third down pass in the end zone with 10 seconds left in the half, and the score remained 28-10 at halftime. The Chargers 18-point halftime deficit ended up being the closest scoring margin they would reach for the rest of the game.

Leading 28-10 in the 3rd quarter, the 49ers added 14 more points. The Chargers were forced to punt after three plays on the opening drive of the second half, and Dexter Carter returned the ball 11 yards to his own 38-yard line. Young subsequently completed three consecutive passes for 53 yards on a 7-play, 62-yard drive that ended with Watters' third touchdown on a 9-yard run, tying the Super Bowl record for the most touchdowns in a game. After a 33-yard kickoff return by Andre Coleman, the Chargers advanced to the San Francisco 33-yard line, but they turned the ball over on downs when quarterback Stan Humphries' fourth down pass was broken up by Davis. After the turnover, Young lead his team on a 10-play, 67-yard drive to score on his 5th touchdown pass, a 15-yard completion to Rice. The Chargers' only highlight of the 3rd quarter was when Coleman returned the ensuing kickoff 98 yards for a touchdown. Then, wide receiver Mark Seay caught a pass for a successful two-point conversion (the first in Super Bowl history), but it only cut the deficit to 42-18.

The 49ers were forced to punt on their next drive, but San Diego ended up turning the ball over on downs when Means was tackled for a 4-yard loss on a fourth down and 1 from their own 37-yard line. Six plays later, Young threw his record setting sixth touchdown pass to Rice with 13:49 remaining in the game to make the score 49-18. The Chargers responded with a 13-play, 59-yard drive to get to the San Francisco 7-yard line, but 49ers defensive back Deion Sanders intercepted backup quarterback Gale Gilbert's fourth down pass in the end zone. After 2 San Francisco punts and another interception, the Chargers scored the final points of the game with a 30-yard touchdown pass from Humphries to wide receiver Tony Martin and another two-point conversion to make the score 49-26. San Francisco recovered the ensuing onside kick and ran time off the clock before Klaus Wilmsmeyer punted to the 7. After that, San Diego drove to the San Francisco 35 as the game ended in a 49ers victory.

At the end of the game Young showed his jubilation at finally being able to win "the big one" while accepting the MVP trophy. "There were times when this was hard! But this is the greatest feeling in the world! "No one -- no one -- can ever take this away from us! No one, ever! It's ours!" Young and his teammates were equally enthusiastic in the locker room afterwards. "We're part of history", said guard Jesse Sapolu. "This is probably the best offense people will see in their lifetimes." "Is this great or what?" Young added. "I mean, I haven't thrown six touchdown passes in a game in my life. Then I throw six in the Super Bowl! Unbelievable."

The 49ers' spectacular performance led to their offensive coordinator, Mike Shanahan, and defensive coordinator, Ray Rhodes, gaining head coaching jobs the very next season for the Denver Broncos and the Philadelphia Eagles, respectively. Bobby Ross became the second coach, after Jimmy Johnson in Super Bowl XXVII, to lead a team to a college football national championship (Georgia Tech in 1990) and a Super Bowl.

Steve Young passed for a record six touchdowns, and the 49ers became the first team to win five Super Bowls when they routed the Chargers.

A few days before Super Bowl XXIX, Steve Young sat in a suite at San Francisco's team hotel and explained why he was smiling. "This is fun now," he said. "I am having so much fun at it. Before, I was pressing so hard, trying to outdistance criticism and skepticism and everything else. It just got sickening. I just had to do things differently."

So Young, the 49ers' brilliant quarterback, decided to forget that he was being asked to replace Joe Montana and began playing for the good of Steve Young. "My secret to success," he explained, "is that I have shown up for work every day no matter what was going on. Because you have to go through it. I chose to stay (in San Francisco), I chose to play here, I chose to do a lot of things. It is fun to look back on that now, but it wasn't fun then." 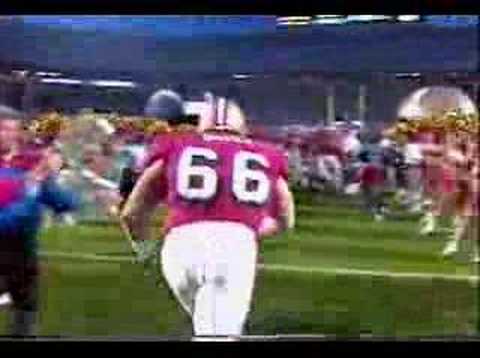 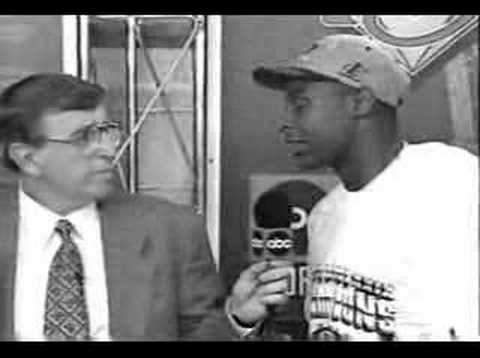 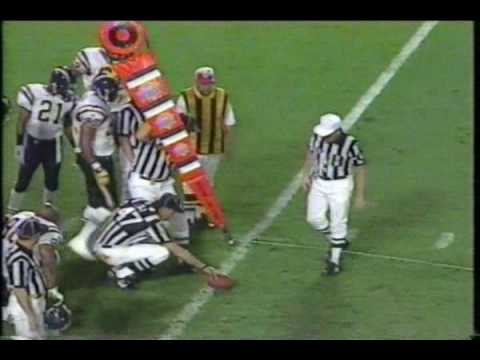