Early in 1994, Megadeth again teamed up with co-producer Max Norman to begin work on the follow up to Countdown to Extinction.

With three members of the band now residing in Arizona, initial work began at Phase Four Studios in Phoenix. A few days into pre-production, problems with Phase Four's equipment forced the band to seek out an alternative studio. Mustaine, however, insisted on recording at his home state of Arizona, and no suitable recording facility could be found in time. At the request of co-producer Norman, the band opted to construct their own recording studio inside of a rented warehouse in Phoenix, Arizona, later dubbed "Fat Planet in Hangar 18". For the first time in their career, the band wrote and arranged the entire album in studio, and included basic tracks recorded live by the whole band at the same time. Recording of the album was captured on video, and later released as Evolver: The Making of Youthanasia.

Following eight months in the studio, Youthanasia was released on November 1, 1994, debuting at #4 on the Billboard Top 200 album chart in the US. The album was certified gold in Canada in just thirty minutes, and was certified platinum in the US faster than any other Megadeth album. With producer Max Norman still pushing for a slower, more commercial sound, Youthanasia followed the stylistic shift that began with Countdown to Extinction. While still retaining core metal elements, the album focused on stronger vocal melodies and more accessible, radio friendly arrangements. The band even enlisted noted fashion photographer Richard Avedon to further their new image, dropping their jeans and t-shirts for a more style conscious look.

A sticker on initial releases of Youthanasia advertised the then-new concept of a band website, affectionately known as "Megadeth, Arizona". Fans could chat in the "Mega-diner", correspond with the band through email, request songs to be played live, and read columns and tour diaries written by band members

Live support for Youthanasia began in South America in November 1994, and would span eleven months, becoming Megadeth's most extensive tour to date. The band was joined by Corrosion of Conformity in both Europe and the US, and Flotsam and Jetsam, Korn and Fear Factory in the US. The tour culminated with an appearance at the Monsters of Rock festival in Brazil, co-headlining alongside Alice Cooper and Ozzy Osbourne. In January 1995, Megadeth appeared on the soundtrack to the horror film Tales from the Crypt Presents: Demon Knight with the song "Diadems". Megadeth also contributed a cover version of "Paranoid" to Nativity in Black, the first Black Sabbath tribute album. The band's version of "Paranoid" was nominated for a Grammy in 1996 for Best Metal Performance, Megadeth's sixth nomination in as many years.

In March 1995, Megadeth released a special edition of Youthanasia in Europe, containing a bonus disc entitled Hidden Treasures. The bonus disc featured every one-off song by Megadeth, from film soundtracks, compilations, and tribute albums, including a new recording of the Sex Pistols' "Problems". Due to fan demand, the bonus disc was released as its own EP in the United States and Japan in July 1995. 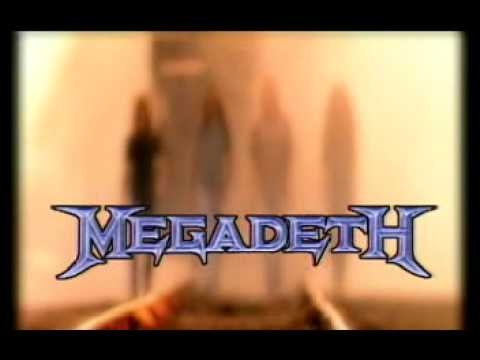