It was later ported to the Amiga platform. The game was published by Electronic Arts and developed by the now-defunct Delphine Software. It features professional basketball player Shaquille O'Neal as a playable character.

Shaq Fu is often cited as one of the worst video games of all time. The reasons for this are mainly concentrated in three areas—poor hit detection, a plot and dialogue that strained the player's suspension of disbelief, and the perceived intention that O'Neal was included as an attempt to boost the game's popularity.

The hit detection on the game is notorious for being extremely aggravating for the player. It is known to only allow hits that occur in the direct center of each character.

In the US, packaged with the Sega Genesis version of this game was the Compact Disc single "Stand and Deliver" which was a bonus track from O'Neal's album Shaq Fu: Da Return that was also being released around that time.

It was #6 of the top 10 worst game concepts on GameFAQs.com.

It was #4 worst game on Gametrailers.com's "Top Ten Best and Worst Video games".

It was #1 on Screwattack.com's "Top Ten Worst Fighting Games ever", saying, "Everything about this game, reeks of poo. Smelly, smelly poo."

Games have a long history of celebrity tie-ins, especially for sports figures, going at least as far back as 1984's Dr. J and Larry Bird Go One on One. Most such titles, however, actually have something to do with the celebrity's real-life skills. Like later Shaquille O'Neal movie spin-offs that cast him as far away from being a basketball player as possible--he was a genie in Kazaam, then a superhero in Steel--Shaq Fu gave only a cursory nod to basketball, instead putting Shaq in another dimension and having him use mystical martial arts to rescue a young boy. (If you had concerns about his fighting skills, you could also play as any of the six or seven other characters--but then, why call it Shaq Fu?) 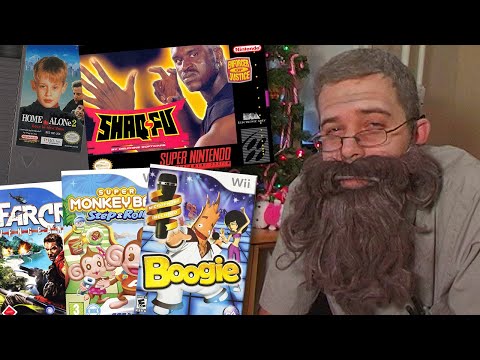