The Germans looked a safe bet to progress from their quarter-final tie with Bulgaria at the 1994 World Cup.

But they hadn't banked on playing a side inspired by Hristo Stoitchkov. That year the striker was named European Footballer of the Year in recognition of his remarkable tournament. Yet the man who scored the decisive goal in Bulgaria's 2-1 win over the Germans was journeyman midfielder Yordan Letchkov. 'The Magician' scored an audacious header with 12 minutes to play.

The 1994 World Cup finals certainly produced a great number of high points for the Bulgarian national side. But arguably their best moment came in the quarter-finals against Germany. In front of their legion of fans at the New York Giants Stadium, Bulgaria came from 1-0 down to beat the defending champions, thanks to goals from Stoichkov and the bald-headed Yordan Lechkov. 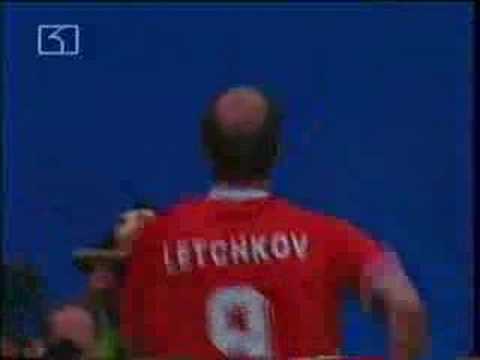