It was determined that a blood clot resulting from his heart condition had formed in his upper heart, then broken off and traveled to his brain. He was taken to New York Hospital-Cornell Medical Center in Manhattan, initially alert, but unable to speak or to move his right arm or leg. Damage to the brain caused swelling (cerebral edema) and Nixon slipped into a deep coma. On April 22, 1994, he died at 9:08 p.m., with his daughters at his bedside; he was 81.
Nixon's funeral took place on April 27, 1994, the first for an American president since that of Lyndon B. Johnson in 1973, which Nixon had presided over as president. Held at the Nixon Library, eulogists included then-President Bill Clinton, former Secretary of State Henry Kissinger, Senate Minority Leader Bob Dole, California Governor Pete Wilson, and the Reverend Billy Graham. Also in attendance were former Presidents Ford, Carter, Reagan, George H. W. Bush and their respective first ladies. Nixon was buried beside Pat on the grounds of the Nixon Library. He was survived by his two daughters, Tricia and Julie, and four grandchildren. In keeping with his wishes, his funeral was not a state funeral, though his body did lie in repose in the Nixon Library lobby from April 26 to the morning of the funeral services. Despite heavy rain, police estimated that roughly 50,000 people waited in lines up to 18 hours to file past the casket and pay their respects.

Richard M. Nixon, the 37th president of the United States -- a polarizing figure who won a record landslide and resigned in disgrace 21 months later -- died last night in a New York City hospital four days after suffering a stroke. He was 81.

Nixon died at 9:08 p.m., according to officials of the New York Hospital-Cornell Medical Center, where the former president had slipped into a deep coma on Thursday.

As they were through some 40 years of their father's highs and lows, Nixon's two daughters, Tricia Cox and Julie Eisenhower, were at his side when he died. Pat Nixon, the former First Lady, died last year.

President Clinton announced Nixon's death at a formal appearance in the White House Rose Garden, praising his predecessor as "a statesman who sought to build a lasting structure of peace."
Reagan called Nixon "one of the finest statesmen this world has ever seen."
Clinton declared a national day of mourning, and said he would attend Nixon's funeral, which will be held at the Richard Nixon Library and Birthplace in Yorba Linda, Calif., on Wednesday at 4 p.m. California time. The body of the former congressman, U.S. senator, vice president and president will travel aboard a presidential jet to his native California, and public viewing will be from 3 p.m. Tuesday until 11 a.m. Wednesday.

Nixon will be buried beside his wife. His longtime friend the Rev. Billy Graham will officiate. "I think he was one of the most misunderstood men, and I think he was one of the greatest men of the century," the Associated Press quoted Graham as saying of the man whose presidency was undone by a web of scandal known as Watergate. An unusually large number of American presidents are still living; statements from each were reported by AP and CNN. "Dick Nixon was one of the finest, if not the finest, foreign policy president of this century," said Nixon's successor, former president Gerald R. Ford. Ford's assessment was widely shared by public figures and ordinary citizens: that Nixon's greatest achievements were on the world stage.

"His historic visits to China and the Soviet Union paved the way ... to the normalization of relations between our countries, and to the SALT II accords we signed with the Soviets," said former president Jimmy Carter.

Former president Ronald Reagan, in a statement issued from Los Angeles, said, "Today the world mourns the loss of a great champion of democratic ideals who dedicated his life to the cause of world peace." Reagan called Nixon "one of the finest statesmen this world has ever seen."

George Bush, the former president who served as Republican National Committee chairman during Nixon's presidency, said, "The difficulties he encountered in office may have diminished his presidency, but what should be remembered are his many outstanding achievements, both foreign and domestic."

Richard Milhous Nixon, the 37th President of the United States, who was the only President in more than two centuries of American history to resign from office, died last night at New York Hospital-Cornell Medical Center.

He was 81 years old and lapsed into a deep coma on Thursday morning after suffering a stroke on Monday.

His daughters, Julie Nixon Eisenhower and Tricia Nixon Cox, were at Mr. Nixon's bedside when he died.

Jonathan Weil, a spokesman for New York Hospital, issued a statement that said: "President Richard M. Nixon died at 9:08 P.M. as a result of a massive stroke which he suffered on Monday, April 18. His family was with him."

Mr. Nixon had indicated an unwillingness to receive extraordinary medical measures to revive him, and had slipped into a coma by Thursday.

President Clinton paid tribute in a short address from the Rose Garden, saying, "He understood the threat of Communism, but he also had the wisdom to know when it was time to reach out to the Soviet Union and to China."

Mr. Nixon was driven from office by the Watergate scandal, resigning in the face of certain impeachment on Aug. 9, 1974. He often acknowledged that the event would inevitably stain his pages in history, and despite strenuous and partly successful efforts over two decades to rehabilitate his reputation, he was right. It was a spot that would not out. He never completely dispelled the sense of shame that clung to his last days in the White House.

In some ways, American politics has never fully recovered, either. The break-in at the offices of the Democratic National Committee at the Watergate complex in Washington on June 17, 1972, and the frenzied, protracted efforts to cover it up, helped to convince many Americans that they could not trust their Government -- an idea that had begun to take hold in the earlier deceptions about Vietnam under previous Administrations of both parties. 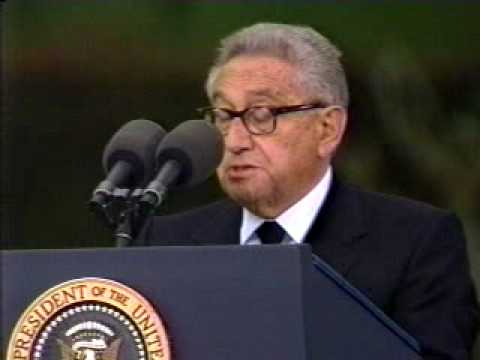 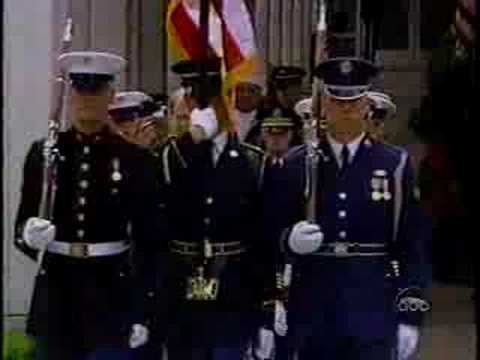