Released during a wave of success of the fighting game, bolstered by the recent successes of Street Fighter II (1991), Fatal Fury (1991) and Mortal Kombat (1992), Sega developed Eternal Champions for their Genesis / Mega Drive.

The upshot of this zany story is that all the fighters have different appearances and combat styles. There’s a caveman who relies on brute strength, a wizard that can cast spells and a 1920’s cat burglar equipped with all kinds of concealed weaponry. It’s an eclectic mix to say the least, but it grants the game a wonderful sense of variety that is often missing from 2D fighters. All of these characters have distinct fighting styles too, so you feel compelled to explore them all fully. 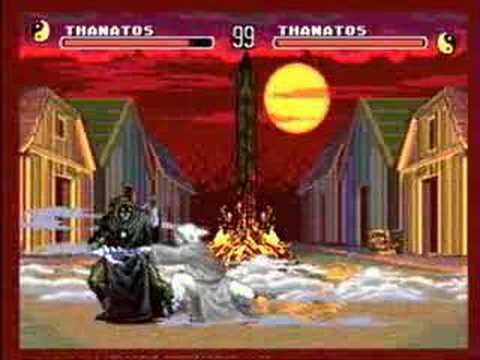