The Porsche 993 is the company's internal name for the version of the Porsche 911 model manufactured and sold between late 1993 and early 1998, replacing the 964.

Its discontinuation marked the end of air-cooled Porsches.

Like previous and future generations of the Porsche 911, there were several variants of the car manufactured, varying in body style, drivetrains, and included equipment. The Porsche 993 was replaced by the Porsche 996.

One of the changes in the 993 over preceding 911s is the implementation of an all-alloy multi-arm rear suspension attached to an all-alloy subframe. Its design was derived from the project 989, a four-door sedan which never went into production, and was later continued in the 993's successor, type 996. It required the aforementioned widening of the rear wheel arches, which itself helped the 993's stability. This suspension improved the 993's cornering abilities, making it more direct and more stable and helping to reduce the tendency to oversteer if throttle was lifted during hard cornering, a trait of earlier 911s. It also reduced interior noise and improved ride quality.

The 993 was the first generation of 911 to have a standard six-speed manual transmission; previous cars, except for the Porsche 959, had 4- or 5-speed gearboxes. In virtually every situation, it was possible to keep the engine in its best torque range above 4500 rpm. The Carrera / Carrera S / Cabriolet and Targa models (2WD) were available with a "Tiptronic" 4-speed automatic transmission, first introduced in the 964. Beginning with model year 1995, Porsche offered the Tiptronic S with additional steering wheel mounted controls and refined software for smoother, quicker shifts. Since the 993's introduction, the Tiptronic is capable of recognizing climbs and descents.

Further, the 993's optional all wheel drive system was refined over that of the 964. Porsche departed from the 964's setup consisting of three differentials and revised the system based on the layout from its 959 supercar, replacing the centre differential with a viscous coupling unit. In conjunction with the 993's redesigned and recalibrated suspension, this system improved handling characteristics and still retained the stability offered by AWD without having to suffer compromises in understeer. Its simpler layout also reduced the system's weight.

Other improvements include a new dual-flow exhaust, larger brakes with drilled discs, and revised power steering. 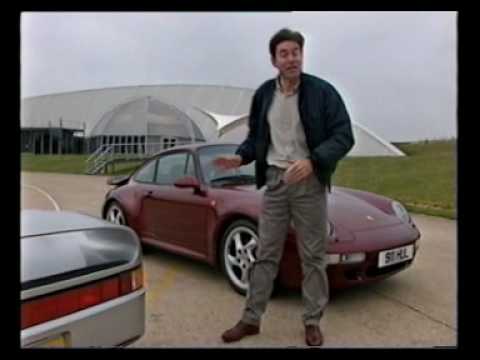