Pat Nixon died on June 22, 1993 of health problems, including emphysema and lung cancer.

Her funeral services were held on the grounds of the Richard Nixon Library and Birthplace during the week leading up to her burial on June 26. Richard Nixon was deeply distraught, and broke down in convulsive sobs for the only time in his adult life. Inside the building, he delivered a tribute to her. Nixon was comforted by his family while former presidents Gerald Ford and Ronald Reagan and their wives attended the ceremony. Some commented that without Pat, Nixon would not "last a year."

Patricia Ryan Nixon, the poised, gracious "perfect political wife" through the roller-coaster rises and disgraceful fall of former President Nixon's turbulent career, died Tuesday at their home in Park Ridge, N.J. She was 81.

Mrs. Nixon, a heavy smoker although she never permitted herself to be seen smoking in public, died of lung cancer. She had suffered from lung disease for several years and was hospitalized last February for emphysema when the cancer was discovered.

Nixon and their daughters, Tricia Nixon Cox and Julie Nixon Eisenhower, were at her bedside when she died at 5:45 a.m. EDT, according to a statement issued by Nixon's New Jersey office.

For three decades Pat Nixon was always there, the loyal and sometimes obviously suffering wife standing stoically behind her husband as he pursued a career that took him to the unprecedented heights -- and depths -- of public life. The former first lady cried only twice in public -- when her husband lost his 1960 bid for the presidency to John F. Kennedy, and when he made his farewell speech on Aug. 9, 1974, after the Watergate scandal forced him to resign.

She once said her "only goal" was to "go down in history as the wife of a president."

Her reclusive years after leaving the White House have been described as "Garboesque," with her resorting to wigs and disguises to go shopping. She suffered a major stroke in 1976 after reading Bob Woodward and Carl Bernstein's "The Final Days" about her husband's Watergate decline and fall, and another stroke in 1983. She had been in frail health for years.

"She cherishes the privacy of her retirement years," daughter Julie wrote in her loving 1986 biography, "Pat Nixon: The Untold Story," which strove to establish her mother's accomplishments as the most widely traveled first lady in history with trips to 80 nations, her laudable addition of antiques to the White House, and her promotion of volunteerism.

One of Mrs. Nixon's last public appearances was in Yorba Linda, Calif., on July 19, 1990, for the dedication of the Richard Nixon Library and Birthplace, and at a dinner that night for 1,600 friends at Los Angeles' Century Plaza Hotel. The library, where her memorial services will be conducted Saturday, includes a Pat Nixon room and grounds planted with the red-black Pat Nixon Rose developed by a French company in 1972 when she was first lady.

"She is a true, unsung hero of the Nixon administration and our country owes her a great debt of gratitude," former President Reagan said at the dedication. He echoed that appraisal in a statement Tuesday.

"She was a woman of great strength and generous spirit. In time of trial and turmoil, she shared that strength and spirit not just with her family, but with the nation," said California Gov. Pete Wilson, who will deliver one of her eulogies Saturday.

On June 22, 1993, Pat Nixon, a once First Lady of the United States died. She was buried at the Richard Nixon Library and Birthplace in Yorba Linda, California. Her husband, Richard Nixon, was buried next to her in less than a year's time.

Pat Nixon and her husband, President Richard Nixon, lived through much controversy in our land. May they rest in peace. 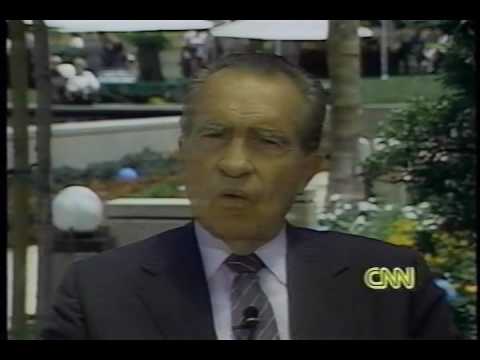