Storm of the Century

In the early morning hours of Saturday, March 13, 1993, the "Storm of the Century" hit Florida's West Coast with awesome fury.

Hurricane-strength winds and a tidal surge as high as 12 feet in some places swamped houses, smashed cars, scooped up furniture, appliances and boats.

Only Hurricanes Andrew and Hugo and a California fire inflicted more damage on the nation than this storm, which continued to wreak havoc as a record-breaking blizzard as it moved up the east coast of the United States.

Sea foam gusts like snow, covering everything in its path, along Bellair Beach in Pinellas County. High winds pushed water over sea walls along Pinellas beaches, flooding some areas.

Along Florida's Gulf Coast, the no-name storm damaged or destroyed 18,000 homes and caused more than $500-million in property damage, more than double that of Hurricane Elena in 1985. Statewide, it killed at least 26 people, more than Hurricane Andrew. Among the dead: six members of one family, washed away as they attended a reunion.

One of the greatest winter storms in United States’ history, a nor’easter blizzard, struck the eastern third of the nation between March 12 and 14, 1993. The blizzard dumped moderate to heavy snow from Alabama to Maine, accumulating over four feet in some places. Along the track of the storm, residents experienced record low temperatures, record low barometer readings, and heavy winds, sometimes exceeding 100 miles per hour. Eleven tornadoes battered Florida. More than 250 people died. Aviation officials grounded a quarter of commercial flights for a two-day period. And the nation incurred over $3 billion in damage.

Damage and deaths would have been significantly greater if not for newly developed forecast capabilities in NOAA’s National Weather Service. This storm marked the first time all the components of the modernized NWS came together to usher in a new era where numerical weather prediction models would provide great advancements in weather forecasting.

From March 12th to the 15th, 1993, what some call the "storm of the century" ravaged the eastern United States. The National Weather Service's sophisticated computer models indicated that a severe winter storm was forming in the Gulf of Mexico. Later in that same week, the NWS computer models showed that the storm was growing significantly. The storm actually formed from the combination of three different atmospheric disturbances. A major cluster of thunderstorms in the Gulf of Mexico, a band of snow and rain from the Pacific, and gusty winds with light snow from the Arctic Circle all joined over the southeast to create this historic storm . By Thursday, March 12th, the storm was barreling up Florida's west coast with high winds, tornadoes, and a storm surge twelve feet above normal. The next day, the storm was carving a destructive path up the southeastern states, leaving Eastern Kentucky paralyzed.

The Storm of the Century, also known as the ’93 Superstorm, or the (Great) Blizzard of 1993, was a large cyclonic storm that occurred on March 12–March 13, 1993, on the East Coast of North America. It is unique for its intensity, massive size and wide-reaching effect. At its height the storm stretched from Canada to Central America, but its main impact was on the Eastern United States and Cuba. Areas as far south as central Alabama and Georgia received 6 to 8 inches (20 cm) of snow and areas such as Birmingham, Alabama, received up to 12 inches (30 cm) with isolated reports of 16 inches (41 cm). Even the Florida Panhandle reported up to 4 inches (10 cm), with hurricane-force wind gusts and record low barometric pressures. Between Louisiana and Cuba, hurricane-force winds produced high storm surges in the Gulf of Mexico, which along with scattered tornadoes killed dozens of people. 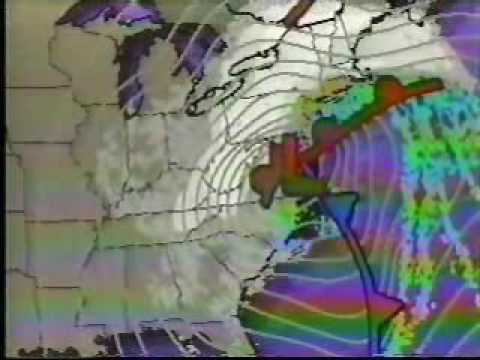