Zelda: The Wand of Gamelon is Released for the CD-i

In Zelda: Wand of Gamelon, you play the princess.

And as you know from better games, princesses are helpless little girls pining for prince wang in castles with bad security just waiting to get captured. Why would anyone want to play the part of that? It doesn't take a sociologist to know that they would be gay. Let's not fool ourselves-- they'd have to be super super gay. Now do the math on this: experts in ass ramming estimate that about 10% of the world is homosexual, and if you consider that only 5 people actually wanted a CDi machine, that means that this game was made specifically for a target audience of one half a person. I hope that half a person is happy, because this game probably got a few video game salesmen killed.

The player controls Princess Zelda, who must find and defeat Ganondorf, rescue The King and Link and become the heroine of Gamelon. When the player begins this quest, three areas are initially available, accessible through Impa's map. The player can access the areas on the map by moving the on-screen cursor over one of the areas and pressing a certain button.

At the beginning of the game, the player is only equipped with a sword and shield. The sword is used to attack enemies, fire deadly Power Blasts and communicate with friendly villagers. Meanwhile, the shield can deflect attacks thrown at the player. The shield is automatically lifted when the player is standing still or crouching. Other helpful tools, such as lamp oil (for lighting a lamp), rope (for climbing) and bombs (which can destroy some obstacles) are available for a price at the General Shop in Sakado. The rubies that the Merchant takes as currency can be obtained by defeating enemies. Red rubies have a value of one, while green rubies are worth five and blue rubies are worth ten. To pick up these gems, the player must strike them with the sword before they disappear.

Zelda's health is measured in "Life Hearts". The number of Life Hearts the player currently has is shown on the upper-left corner of the screen when Zelda is walking around the island. Although the player begins the game with only three hearts, there are ways to earn more. Each time Zelda is injured, she will lose at least one-half of a heart. The first two times Zelda runs out of Life Hearts, the player will be given the option of continuing from near the point where Zelda's last heart was lost. When Zelda loses her hearts for a third time, she will be returned to the map, and the player will have to start the level from the beginning. Returning to the map replenishes Zelda's Life Hearts and lives, and she will retain any items and rubies she picked up. 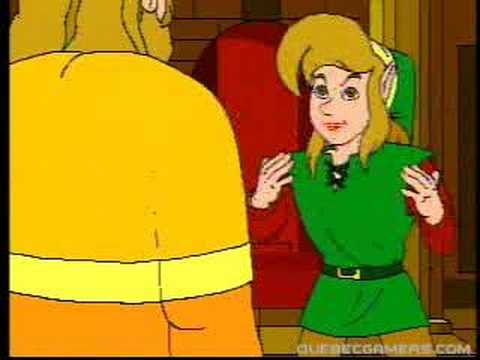