Super Bowl XXVII was an American football game played on January 31, 1993 at the Rose Bowl in Pasadena, California to decide the National Football League (NFL) champion following the 1992 regular season.

This was the seventh and most recent Super Bowl to date that the Greater Los Angeles Area has hosted.

The game was broadcast in the United States by NBC with Dick Enberg handling the play-by-play duties and color commentator Bob Trumpy in the broadcast booth. Bob Costas hosted all the events with analyst Mike Ditka. After the game, Homicide: Life on the Street premiered on NBC.

This was the last of five Super Bowls at the Rose Bowl in Pasadena. Two other Super Bowls were played nearby at the Los Angeles Coliseum. As previously mentioned, this would be the seventh and final (to date) Super Bowl in the Los Angeles area, tying New Orleans at the time for the city to host the most Super Bowls.

The pre show featured The Rockettes dance company in a tribute to Hollywood, music, and the movies.

Country music singer Garth Brooks sang the national anthem. He was accompanied by actress Marlee Matlin, who signed the anthem for the deaf fans. Brooks very nearly did not perform the anthem—he left the stadium less than an hour before he was slated to sing, because of a dispute with NBC, regarding a video he asked them to air. Television producers spotted rocker Jon Bon Jovi in the crowd and were prepared to have him perform the anthem, until Brooks was finally coaxed back into the stadium.

Michael Jackson performed during the halftime show. Unlike many previous years, he was the only performer in the entire halftime show. Jackson started the performance by being catapulted on stage and then simply standing frozen in one of his famous 'Dangerous' poses. Jackson's set included songs "Jam", "Billie Jean" and "Black or White". The finale featured an audience card stunt, a video montage showing Jackson participating in various humanitarian efforts around the world, and a choir of 3,500 local Los Angeles area children joining Jackson as he sang his single "Heal the World".

Part of the halftime show can be found on Michael Jackson's Dangerous - The Short Films DVD. However, the DVD only features the "Heal The World" performance of the halftime show, and omits the show opening and a medley of "Jam", "Billie Jean" and "Black Or White".

Because of Jackson's star power, the Fox network declined to broadcast counter-programming against the halftime show like they did during Super Bowl XXVI's show in the previous year (Fox aired a special live edition of In Living Color on that occasion). Fox would never broadcast counter-programming again against the Super Bowl; on December 19, 1993, the network signed an agreement to broadcast NFL (replacing CBS as the NFC television broadcaster) starting in 1994.

It was the first Super Bowl where the audience figures actually increased during the half-time show. The selection of Jackson for the halftime show was in response to sagging interest in recent performances, notably in the two years immediately prior. NFL and network officials decided it was necessary to sign top acts for the halftime in future years to boost future viewership and interest. 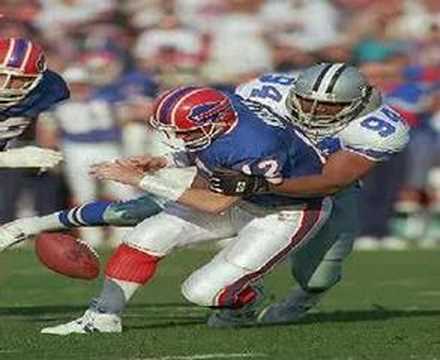