"Husbands And Wives" Is Released

Husbands and Wives is a 1992 American film directed and written by Woody Allen.

The films stars Allen, Mia Farrow, Sydney Pollack, Judy Davis, Juliette Lewis, Liam Neeson and Blythe Danner. It was nominated for the Academy Awards for Best Actress in a Supporting Role (Judy Davis) and Best Writing, Screenplay Written Directly for the Screen (Woody Allen). This movie debuted around the same time as Allen and Farrow's relationship ended because of his relationship with Soon Yi Previn.

As sole director, this is Allen's first film for a studio other than United Artists or Orion Pictures (both now part of Metro-Goldwyn-Mayer), that studio being TriStar Pictures (however, he has acted in films that were released by other studios but were not directed by him).

One of Woody Allen's most seemingly biographical films, Husbands and Wives opens with upper-middle class Manhattan couple Sally (Judy Davis) and Jack (Sydney Pollack) announcing to their best friends, the Roths, that they are splitting up. Gabe Roth (Allen) and his wife Judy (Mia Farrow) are taken aback by their casual revelation. Jack begins dating his dim, but sexy, aerobics instructor and Sally starts up a tentative romance with Michael (Liam Neeson). Gabe and Judy begin analyzing their marriage, discovering that they might not be meant to stay together. English professor Gabe begins a serious flirtation with a student of his named Rain (Juliette Lewis) and Judy begins to have feelings for Michael. Eventually, Sally and Jack reconcile, but have not improved their relationship. Gabe and Judy end up going their separate ways. Husbands and Wives was seemingly influenced by Ingmar Bergman's Scenes From a Marriage. ~ Perry Seibert, All Movie Guide 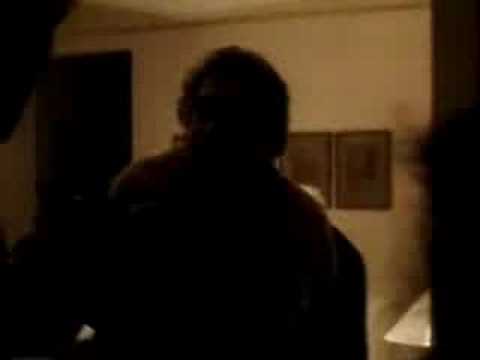