Sept. 13, 1992, at Tampa Bay. Favre completes his first NFL pass - to himself. A deflected pass lands in Favre's hands, and he is tackled for a 7-yard loss. Favre completes eight of 14 passes for 73 yards.

In the second game of the 1992 season, the Packers played the Tampa Bay Buccaneers. The Buccaneers were leading 17–0 at half time when head coach Mike Holmgren benched starting quarterback Don Majkowski and Favre played the second half. On his first regular season play as a Packer, Favre threw a pass that was deflected and caught by himself. Favre was tackled and the completion went for -7 yards. The Packers lost the game 31–3, chalking up only 106 yards passing. 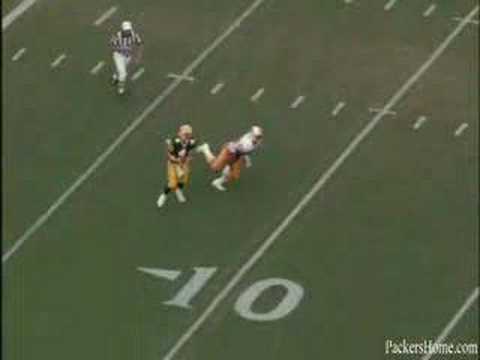