With the threat of extradition, Escobar began kidnapping prominent Colombians and killing anyone who supported extradition to the United States.

But as pressure mounted he made a deal with Colombian officials and turned himself in only after authorities accepted his deal which would keep him from being extradicted.

He was sent to a prison which was more like a private resort where he continued to run his empire. On July 22, 1992, the Colombian government decided to move him to a higher security prison in order to prevent him from continuing to conduct his illegal activites behind prison walls. But the plan failed and Escobar escaped before authorities had an oppurtunity to apprehend him.

After the assassination of Luis Carlos Galán, a presidential candidate, the administration of César Gaviria moved against Escobar and the drug cartels. Eventually, the government negotiated with Escobar, convincing him to surrender and cease all criminal activity in exchange for a reduced sentence and preferential treatment during his captivity.

After declaring an end to a series of previous violent or terrorist acts meant to pressure authorities and public opinion, Escobar turned himself in. He was confined in what became his own luxurious private prison, La Catedral. Before Escobar gave himself up, the extradition of Colombian citizens had been prohibited by the newly approved Colombian Constitution of 1991. That was controversial, as it was suspected that Escobar or other drug lords had influenced members of the Constituent Assembly.

Accounts of Escobar's continued criminal activities began to surface in the media. Escobar brought the Moncada and Galeano brothers to La Catedral and had them murdered because he alleged that they were stealing from the cartel. When the government found out that Escobar was continuing his criminal activities within La Catedral, it attempted to move Escobar to another jail on July 22, 1992. Escobar's influence allowed him to discover the plan in advance and make a well-timed, unhurried escape. He was still worried that he could be extradited to the United States.

Escobar was jailed in a jail named La Catedral near Medellin, but he escaped on July 22, 1992 fearing extradition to the United States. It has been rumored that, while hiding, he was working out a deal with the DEA in which he would surrender, but the DEA would have to arrest members of his rival organization too. 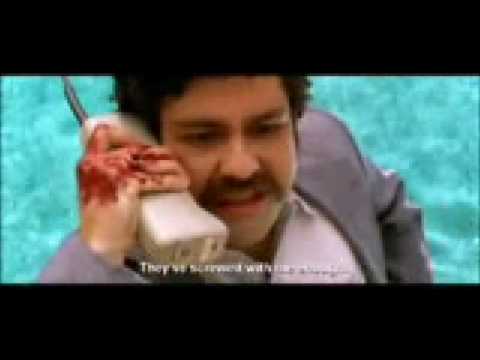