One of the most influential heavy metal albums of the 1990s, Vulgar Display of Power is said to have played a major role in defining post-thrash metal, slowing down the tempos and incorporating a harder-edged vocal style. Several songs from this release have become some of the band's best known, such as "Fucking Hostile", "Mouth for War", "This Love", and "Walk", the latter of which reached #35 on the UK Singles Chart.

During the 90s, MTV's Headbangers Ball used excerpts from the album's songs for the show's opening theme, bumpers, and closing theme. Perhaps the most prominent sample is that of Anselmo screaming "hostile," taken from the end of the song "Fucking Hostile". "Rise," "Regular People (Conceit)" and "Mouth for War" were covered by Robert Prince for the first-person shooter computer game Doom, and a cover of "This Love" appeared in Doom II: Hell on Earth.

The title of the album is from a line in the 1973 film, The Exorcist. When Father Damien Karras asks Regan MacNeil (or the demon who possesses her) to break her own straps and release herself using her evil power, Regan replies 'that's much too vulgar a display of power'.

The man being punched on the album cover was paid $300 by label executives, or $10 a punch. It took 30 punches to get the right shot.

Philip Anselmo has a tattoo on the back of his neck that says 'ATR', this stands for 'Attack The Radical' which is part of the title for track 7.

In April 2007 the title was used for the book A Vulgar Display of Power: Courage and Carnage at the Alrosa Villa, which includes many song titles to name its chapters. The book details those involved and the details leading up to the murder of Pantera guitarist Dimebag Darrell Abbott. The Abbott family have stated that they are against the book and took no part in its writing. It is the band's first album to earn a Parental Advisory label.

* All tracks by Pantera. 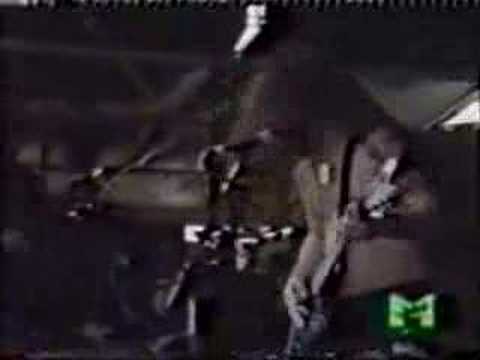