The songs on Rage Against the Machine tend to feature political mantras with the vocals rapped. The album peaked at #1 on Billboard's Heatseekers chart, and at #45 on the Billboard Top 200 chart.

One track, "Know Your Enemy", features Tool / A Perfect Circle vocalist, Maynard James Keenan on "additional vocals". Keenan has been known on occasion to appear onstage with Rage to perform the song.

In 2001 Q magazine named Rage Against the Machine as one of the 50 Heaviest Albums Of All Time. The album is included in the book 1001 Albums You Must Hear Before You Die. In 2003, the album was ranked number 368 on Rolling Stone magazine's list of the 500 greatest albums of all time.

The album is known for its high production values, which are almost to the strictest audiophile standards. Some audiophile sites and magazines even go as far as using the album — in particular the song "Take the Power Back" — to test amplifiers and speakers. 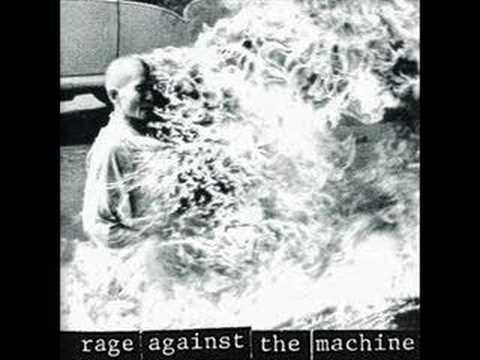