It was released in 1991 by Paramount Pictures, and is the last of the Star Trek films to include the entire core cast of the 1960s Star Trek television series. It was directed by Nicholas Meyer and written by Meyer with Denny Martin Flinn. After an ecological disaster leads to two longstanding enemies—the Federation and the Klingon Empire—brokering a tenuous truce, the crew of the USS Enterprise-A must prevent war from breaking out on the eve of universal peace.

The Undiscovered Country was initially planned as a prequel to the original series, with younger actors portraying the crew of the Enterprise while attending Starfleet Academy, but the idea was discarded because of negative reaction from the cast and the fans. Faced with producing a new film in time for Star Trek's 25th anniversary, Flinn and Meyer, the director of Star Trek II: The Wrath of Khan, wrote a script based on a suggestion from Leonard Nimoy about what would happen if "the wall came down in space", touching on the contemporary topic of the Cold War.

Principal photography took place between April 1991 and September 1991. The production budget was smaller than anticipated due to the critical and commercial failure of Star Trek V: The Final Frontier. Due to a lack of sound stage space on the Paramount Pictures lots, many scenes were filmed around Hollywood. Meyer and cinematographer Hiro Narita aimed for a darker and more dramatic mood, subtly altering redresses of sets originally used for the television series Star Trek: The Next Generation. Producer Steven-Charles Jaffe led a second unit that filmed on an Alaskan glacier that stood in for an alien gulag, facing severe cold and a lack of snow. Cliff Eidelman produced the film's score, which is intentionally darker than any previous Star Trek offering.

The film was released in North America on December 6, 1991. Star Trek creator Gene Roddenberry died shortly before the movie's premiere. The Undiscovered Country garnered positive reviews, with publications praising the lighthearted acting and tongue-in-cheek references. The film performed strongly at the box office; it posted the largest opening weekend gross of the series before going on to earn $96,888,996 worldwide. The film earned two Academy Award nominations, for Best Makeup and Best Sound Effects, and is the only Star Trek movie to win a Saturn Award for Best Science Fiction Film. A special collectors' edition DVD version of the film was released in 2004, for which Meyer made minor alterations to his cut of the movie. 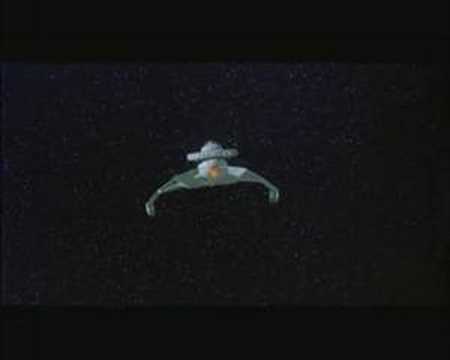 View other events that happened in 1991