"The Adjuster" Is Released

The Adjuster is a 1991 Canadian drama film directed by Atom Egoyan.

It premiered at the New York Film Festival.

The Adjuster tells the story of an insurance adjuster who takes advantage of his clients. The adjuster initially appears to want to help his clients but as the movie unfolds it is clear that he is preying on them. But, the story is a bit ambiguous about his motives and he seems to be somehow a victim of his own situation.

Written and directed by Canadian filmmaker Atom Egoyan, The Adjuster is an examination of the sexual quirks of a married couple. Starring such Egoyan regulars as Elias Koteas, Arsinée Khanjian, Maury Chaykin, and Don McKellar, the film focuses on Noah Render (Koteas), an insurance adjuster who enjoys sleeping with his clients, and his wife, Hera (Khanjian), a film censor who finds excitement in making copies of the most explicit parts of the movies she's assigned to review. When they invite Bubba (Chaykin) into their house to make a movie, the Renders find their lives becoming even more complex. McKellar plays a young film censor who works with Hera. ~ Matthew Tobey, All Movie Guide 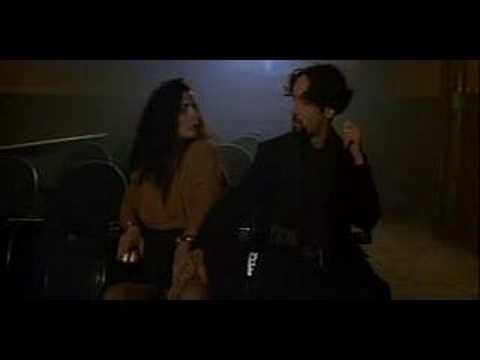