"The Fisher King" Is Released

The Fisher King is a comedy-drama film made in 1991, written by Richard LaGravenese and directed by Terry Gilliam.

It stars Jeff Bridges, Robin Williams, Mercedes Ruehl, Amanda Plummer and Michael Jeter. The film is about a radio shock-jock who tries to find redemption by helping a homeless man whose life he inadvertently shattered.

Peter Travers, of Rolling Stone magazine, wrote that the film "sweeps you up on waves of humor, heartbreak and ravishing romance." Other reviewers commented on its "industrial-strength whimsy."

Terry Gilliam directed this adaptation of Richard LaGravenese's mystical (and mythical) tale of redemption in the hard-time town of New York City. Jeff Bridges is shock radio DJ Jack Lucas, whose low opinion of humanity lends itself well to his radio talk show, where the enmity rubs off on his listeners. One fan in particular takes Jack's rants to heart and goes to a fancy restaurant with a gun, murdering innocent diners. Jack is so distraught at what his on-air suggestion wrought that he sinks into a three-year depression, drinking himself to sleep and mooching off of his girlfriend Anne Napolitano (Mercedes Ruehl, in an Oscar-winning performance), an attractive owner of a video store. Hitting bottom, Jack slumps to the river, prepared to commit suicide. To his rescue comes a crazed but witty homeless man named Parry (Robin Williams), who tells Jack he's destined for great things -- all his has to do is find the Holy Grail (conveniently located in mid-town Manhattan) and save Parry's soul. He also wants Jack to help him out with the woman of his dreams, Lydia Sinclair (Amanda Plummer), a shy type who works at a publishing company. Parry was once a university professor became unglued by a tragic event in his past; Jack soon realizes that to save himself, he first must save Parry. ~ Paul Brenner, All Movie Guide 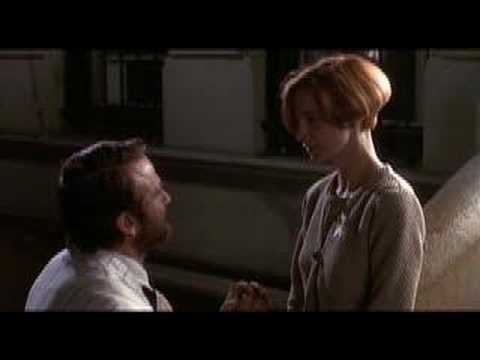