"Raise The Red Lantern" Is Released

Raise the Red Lantern is an award-winning 1991 Chinese-Hong Kong-Taiwanese co-produced film, directed by Zhang Yimou and starring Gong Li. It is an adaption by Ni Zhen of the 1990 novel Wives and Concubines by Su Tong.

The film was later adapted into an acclaimed ballet of the same title by the National Ballet of China, also directed by Zhang.

Set in the 1920s, the film tells the story of a young woman who becomes one of the concubines of a wealthy man during the Warlord Era. It is noted for its opulent visuals and sumptuous use of colours. The film was shot in Qiao's Compound in the ancient city of Pingyao, in Shanxi Province. Although the screenplay was approved by Chinese censors, the final version of the film was banned in China for a period. Some film critics have interpreted the film as a veiled allegory against Chinese communist authoritarianism. The film's popularity has also been attributed to helping Chinese tourism after the government response to the Tiananmen Square Protests of 1989.

The phenomenal success and international acclaim of Raise the Red Lantern, cemented Zhang Yimou's status as a leading figure in world cinema and reaffirmed the vibrancy of Chinese cinema. Though the film was the topic of great political controversy in China upon its release, it received armfuls of awards from Belgium, Italy, the United Kingdom and a nomination for an Academy Award. This sumptuously photographed drama, set in Northern China in the 1920s and based on the novel Wives and Concubines by Su Tong, stars Gong Li as Songlian, the fourth wife of an elderly landlord. Songlian is a college student who has been married off by her stepmother, so it is with tremendous frustration that this woman, who had hopes of using her education to broaden her horizons, now finds herself reduced to a small enclosure at the beck and call of her husband. Despite being given a maid (Kong Lin) and luxurious surroundings, she feels trapped inside the cheerless walls. Upon her arrival, Songlian realizes that she must keep one step ahead of her rivals, the three other wives. She also learns of her husband's tradition of lighting a lantern outside of the house of the wife with whom he intends to spend the night. During the first night together with her husband, she finds he is called away to tend to his spoiled third wife (He Caifei). Songlian then becomes acquainted with his other wives -- his first wife (Jin Shuyuan), an elderly woman who ignores Songlian; the third wife, an ex-opera singer; and the second wife (Cao Cuifeng), who offers Songlian friendship and helpful advice. But it turns out that the second wife's motives are not exactly innocent--she is conspiring with Songlian's maid to undermine both the third wife and Songlian. Raise the Red Lantern is a moving exploration of power in a suffocating world of ossified tradition and naked ambition-a masterpiece of 1990s world cinema. ~ Paul Brenner, All Movie Guide 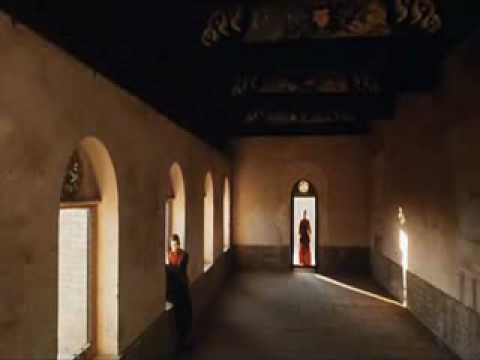