The Battle of Vukovar was an 87-day siege by the Yugoslav People's Army (JNA) with the support of multiple Serbian paramilitary forces.

The battle concluded with the defeat of the Croatian National Guard (Zbor Narodne Garde), the near-total destruction the city itself and the murder and expulsion of almost the entire Croat population of the city and its surrounding areas.

Between 18 November and 21 November, 1991, just after the city had finally fallen to the JNA, hundreds of prisoners of war and civilians were executed by Serbian paramilitaries. Many of the Croatians in the Vukovar hospital (around 260 people plus several medical personnel) were taken by JNA and Serb paramilitary forces to the nearby fields of Ovčara and were executed there.

The Battle of Vukovar was an 87-day siege of the Croatian city of Vukovar by the Yugoslav People's Army (JNA), supported by various Serbian paramilitary forces, between August-November 1991 during the Croatian War of Independence. It ended with the defeat of the local Croatian National Guard, the destruction of Vukovar and the murder or expulsion of most of the Croat population of the city and surroundings.

Although the battle was a significant and symbolic loss for Croatia, which did not regain control of the town until 1998, it was also a costly victory for the JNA and helped to gain international support for Croatian independence. As such, it is widely regarded as having been a turning point in the course of the war.

Vukovar, once a quiet provincial town noted for its baroque architecture on the right bank of the Danube, close to the border with Serbia, became known as Croatia's Stalingrad.

The Battle for Vukovar was a brutal 87-day siege and bombardment by the Serb forces of the Yugoslav People's Army and militia in November 1991.

It led to the virtual destruction of the town and the “ethnic cleansing” of the Croat population. About 2,000 soldiers and countless civilians were killed in the conflict.

Croatia regained control of the town only in 1998. 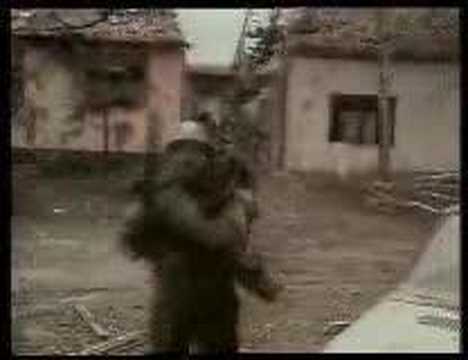