The Best Band You Never Heard in Your Life is a double disc live album by Frank Zappa, released in 1991 (see 1991 in music). The album was one of three to be recorded during the 1988 world tour, along with Broadway the Hard Way and Make a Jazz Noise Here. Each of these three accounts of the legendary '88 tour has a different focus: Broadway the Hard Way mostly showcases new compositions, Make a Jazz Noise Here features a sampler of classic instrumental Zappa tunes, and this album devotes itself to covers, some unlikely such as "Stairway to Heaven" by Led Zeppelin, as well as Zappa's extensive back catalogue, focusing mainly on Zappa's mid-1970s output but with some material from the Mothers of Invention's late 1960s recordings and one song ("Lonesome Cowboy Burt") from 200 Motels. It was re-issued in 1995 along with his entire catalogue. 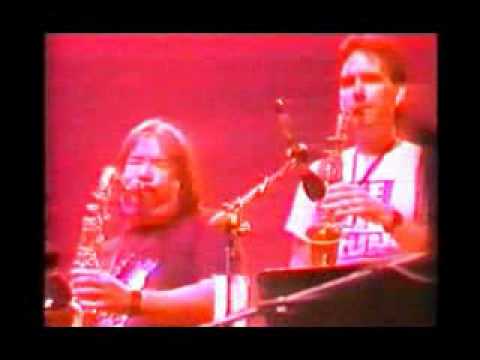