A sequel to Capcom's 1987 fighting game Street Fighter, Street Fighter II improved upon the many concepts introduced in the first game (including the use of command-based special moves and a six-button configuration), while offering players a selection of multiple playable characters, each with their own unique fighting style and special moves. Street Fighter II is credited for starting the fighting game boom during the 1990s. Its success led to the production of several updated versions, each offering additional features and characters over previous versions, as well as many home versions. Some of the home versions of the Street Fighter II games have sold millions of copies, with the SNES port of the first Street Fighter II being Capcom's best-selling consumer game of all-time as of 2008.

treet Fighter II, released on Capcom's CPS-1 arcade board in 1991, was one of the most popular games of the early 1990s, shaping the direction of arcade games for nearly a decade to follow. It is widely acknowledged as the premier fighting game of its era, due to its game balance with regard to the timing of attacks and blocks, which was unparalleled at the time; and due to "special moves" in which experienced players could execute complex fighting moves by moving the joystick and tapping the buttons in certain combinations. Of course, this was not anything new and exclusive. These complicated fighting moves were given names, such as the Dragon Punch and the Hurricane Kick, which provided a framework for players to have conversations about their games. It also introduced the convention of "cancelling" or "interrupting" moves into other moves, which enabled a player to create sequences of continuous hits. Rumor has it that this ability to "cancel" moves into other moves was the result of a programming bug. Regardless, it gave the game much greater depth than it would have had otherwise. 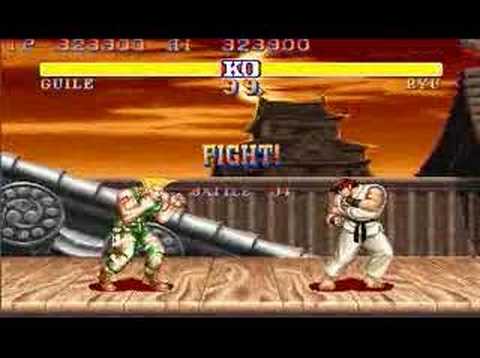 View other events that happened in March 1991