Rodney King Pulled Over and Beaten by LAPD Officers

On the night of March 2, 1991, Rodney King and two passengers, Byrant Allen and Freddie Helms, were driving west on Foothill Freeway (Interstate 210) in the San Fernando Valley area of Los Angeles.

The three men had spent the night watching a basketball game and drinking at a friend’s house in Los Angeles. The presumptive evidence, from a blood-alcohol level test taken 5 hours after the incident, when King registered just under the legal limit, is that as King drove his blood alcohol level was approximately 0.19—nearly two and a half times the legal limit in California. At 12:30 AM, Officers Tim and Melanie Singer, a husband-and-wife team of the California Highway Patrol, spotted King’s car speeding. The Singers pursued King, and they claimed the subsequent freeway chase reached speeds in excess of 100 mph. According to King’s own statements, he refused to pull the car over because a DUI would violate his parole for a previous robbery conviction.

King exited the freeway, and the chase continued through residential streets at speeds allegedly ranging from 55 to 80 mph. By this point, several police cars and a helicopter had joined in the pursuit. After approximately eight miles, officers cornered King’s car. The first five LAPD officers to arrive at the scene were: Stacey Koon, Laurence Powell, Timothy Wind, Theodore Briseno, and Rolando Solano.

Highway Patrolman Tim Singer ordered King and his two passengers to exit the vehicle and lie face down on the ground. The two passengers complied and were taken into custody without incident. King initially remained in the car. When he finally did emerge, he acted bizarrely: giggling; patting the ground; and waving to the police helicopter overhead. King then grabbed his buttocks. Highway Patrol Officer Melanie Singer momentarily thought he was reaching for a gun. She drew her gun and pointed it at King, ordering him to lie on the ground. King complied. Singer approached King with her gun drawn, preparing to make the arrest.

At this point, Sergeant Stacey Koon intervened and ordered Singer to holster her weapon. LAPD officers are taught not to approach a suspect with a drawn gun, as there is a risk of the suspect gaining control of it if they get too close. Koon then ordered the four other LAPD officers at the scene—Briseno, Powell, Solano, and Wind—to subdue and handcuff King. As the officers attempted to do so, King physically resisted. King rose up, tossing Officers Powell and Briseno off his back. King then allegedly struck Officer Briseno in the chest. Seeing this, Koon ordered all of the officers to fall back. The officers later testified that they believed King was under the influence of the dissociative drug phencyclidine (PCP), although King's toxicology results tested negative for PCP.

Sergeant Koon then shot King with a Taser. King groaned; momentarily fell to the ground; then stood back up. Koon fired the Taser again, knocking King to the ground. King then stood up and charged in the direction of Officer Laurence Powell. Officer Powell then struck King with his baton, knocking him to the ground again. Powell, with Briseno and Wind, then repeatedly struck King with their batons, stomped on him and kicked him while he was on the ground for almost a minute and a half. Unseen by the those involved, the lengthy beating was caught on video by a private citizen, George Holliday, from his apartment near the intersection of Foothill Blvd and Osborne St. in Lake View Terrace (the recording starts just as King charges at Powell). Holliday did not know what he was recording at the time, and only realized the truth when he played the tape back.

King was taken to Pacifica Hospital immediately after his arrest. He suffered a fractured facial bone, a broken leg, and numerous bruises and lacerations.

Rodney King’s near-death plunge to infamy began with a twelve-pack of malt liquor. King’s intoxicated, high-speed driving on March 3, 1991 united him a group of Los Angeles Police Department officers. Their boots, billy clubs, and Taser, would beat the 25 year-old King into the history books.

Thirteen months later, on April 29, 1992, LAPD officers, Stacy Koon, Laurence Powell, Theodore Briseno and Timothy Wind, were acquitted of assaulting King. The city’s mounting racial unrest ignited. That was the first day of the Los Angeles Riots. More than fifty people would lose their lives, and damages would exceed hundreds of millions of dollars.

King, 44, no longer drinks alcohol or uses drugs. He’s ten months sober, and has recently found peace with the LAPD officers who scarred both his life and the LAPD. 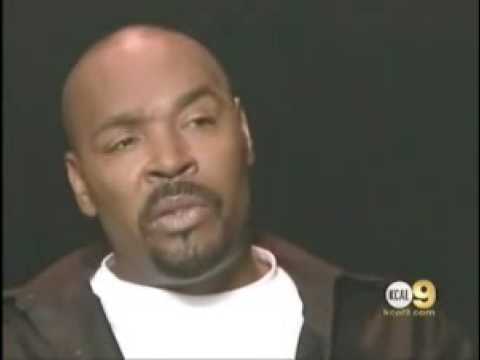