On October 11, 1991, Hill was called to testify during the hearing.

Ten years earlier, in 1981, Hill had become an attorney-adviser to Clarence Thomas at the United States Department of Education (ED). When Thomas became Chairman of the U.S. Equal Employment Opportunity Commission (EEOC) in 1982, Hill went to the EEOC with Thomas and his then-secretary, Diane Holt, to serve as his special assistant until mid-1983. Hill alleged in her 1991 testimony that it was during those two periods (i.e., during her employment at DOE and EEOC) that Thomas made sexually provocative statements.

Although Hill was a career employee (Schedule A) and therefore had the option of remaining at the Department of Education, she testified that she followed Thomas to EEOC because, "[t]he work, itself, was interesting, and at that time, it appeared that the sexual overtures . . . had ended." She also testified that she wanted to work in the civil rights field, and that she believed that "at that time the Department of Education, itself, was a dubious venture."

Hill said that she did not want to make the legal claim of sexual harassment, and instead was speaking in layman's terms. She also alleged lurid details about her time with Thomas at the Department of Education: "He spoke about acts that he had seen in pornographic films involving such matters as women having sex with animals and films showing group sex or rape scenes....On several occasions, Thomas told me graphically of his own sexual prowess." Hill also said that the following incident occurred later after they had both moved to new jobs at the EEOC: "Thomas was drinking a Coke in his office, he got up from the table at which we were working, went over to his desk to get the Coke, looked at the can and asked, 'Who has put pubic hair on my Coke?'."

Along with Bork, the other most contentious Supreme Court nomination in U.S. history has been the one for Clarence Thomas. When the Thomas hearings began in September 1991, Kennedy pressed Thomas on his unwillingness to express an opinion about Roe v. Wade, but the nomination appeared headed for success. But when the sexual harassment charges by Anita Hill broke the following month, and the nomination battle dominated public discourse, Kennedy was hamstrung by his past reputation and the ongoing developments in the William Kennedy Smith case. He said almost nothing until the third day of the Thomas–Hill hearings, and when he did it was criticized by Hill supporters for being too little, too late. Thomas was confirmed by a 52–48 margin, the narrowest ever for a successful nomination.

Biographer Adam Clymer rates Kennedy's silence during the Thomas hearings as the worst moment of his Senate career. Feminist writer Anna Quindlen said "[Kennedy] let us down because he had to; he was muzzled by the facts of his life." Due to the Palm Beach media attention and the Thomas hearings, Kennedy's public image suffered. A Gallup Poll gave Kennedy a very low 22 percent national approval rating. A Boston Herald/WCVB-TV poll found that 62 percent of Massachusetts citizens thought Kennedy should not run for reelection, by a 2-to-1 margin thought Kennedy has misled authorities in the Palm Beach investigation, and had Kennedy losing a hypothetical Senate race to Governor William Weld by 25 points. 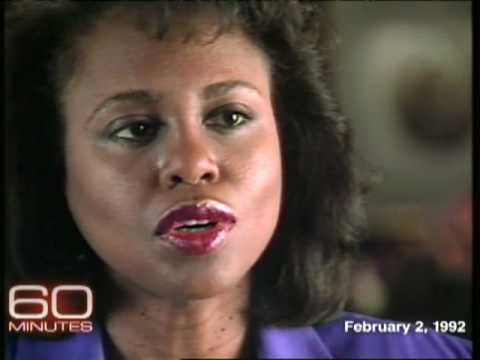 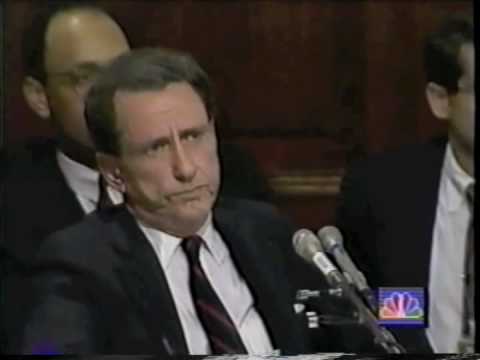