Let's concede that Chip Beck should have shot his 59 in the final round of the Masters in gale-force winds with someone else's clubs, with his wife in the hospital having a baby and with some jerk yelling "You're the man!" on every tee.

Now, that would have been a 59 everyone could have respected.

The 59 Beck did shoot? Child's play. The course was less than a year old. The greens were perfect. The roughs weren't rough. The wind didn't blow. Nearly everybody else was inside watching the Clarence Thomas confirmation hearings. And besides, let's face it, 500 grand—the golfer's portion of the $1 million bonus for breaking 60—just isn't enough to make a guy choke anymore.

To some, Charles Henry "Chip" Beck is best known for shooting a 59 in a PGA Tour event – a feat he accomplished in the third round of the 1991 Las Vegas Invitational. It was only the second time a 59 had ever been recorded in PGA Tour history. Mr. Beck would go on to enjoy four victories on the PGA Tour – two of which came in 1988 at the Los Angeles Open and USF&G Classic. He was runner-up in the 1986 and 1989 U.S. Open Championships and at the 1993 Masters. 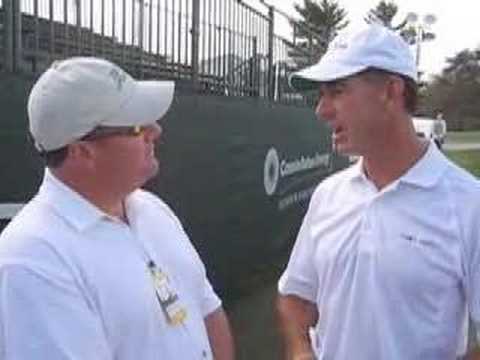