On January 29, Iraq attacked and occupied the lightly defended Saudi city of Khafji with tanks and infantry.

However, the Battle of Khafji ended when Iraqis were driven back by Saudi and Qatari forces supported by the United States Marine Corps with close air support over the following two days. Casualties were heavy on both sides. U.S. forces lost 25 dead. Eleven were killed in two separate friendly fire incidents, and an additional 14 U.S. airmen were killed when an American AC-130 gunship was shot down by an Iraqi SAM missile. Saudi and Qatari forces lost 18 dead. Two American soldiers were captured during the battle. Iraqi forces in Khafji lost 60–300 dead and 400 captured. Khafji was a strategic city immediately after the Iraqi invasion of Kuwait. The Iraqi reluctance to commit several armoured divisions to the occupation and subsequent use of Khafji as a launching pad into the initially lightly defended east of Saudi Arabia is considered by many academics as a grave strategic error. Not only would Iraq have secured a majority of Middle Eastern oil supplies, it would have found itself better able to threaten the subsequent U.S. deployment along superior defensive lines. 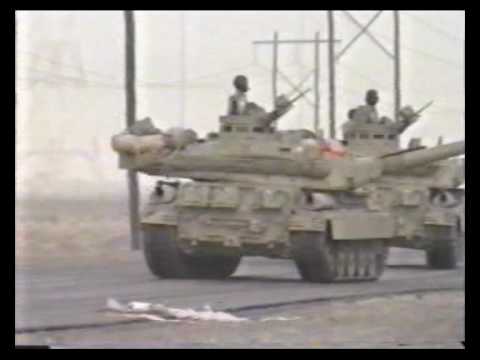