The Ford Explorer is a mid-size SUV sold in North America and built by the Ford Motor Company since 1990, as a replacement for the smaller but related Ford Bronco II. It is manufactured in Louisville, Kentucky (it was also assembled in Hazelwood, Missouri until the plant closed on March 10, 2006). The Ford Explorer was instrumental in turning the SUV from a special-interest vehicle into one of the most popular vehicle types on the road. It is marked as Ford's only mid-sized SUV and is slotted between the larger Ford Expedition and the smaller Ford Escape.
The Explorer has also been involved in controversy, after a spate of fatal rollover accidents involving Explorers fitted with Firestone tires.
Both two-door Explorer Sport and four-door models of Explorer have been sold. Part-time four-wheel drive is an available option, and since 1995 this has been a 'shift on the fly' system with full protection against being engaged at high speed.
A specially modified Special Service Vehicle version is also available from Ford Fleet for law enforcement agencies, fire departments, and EMS agencies..
Explorer was also the name of a trim package offered on the Ford F-Series trucks from 1968 to 1986.
An 'Explorer' named vehicle is slated to replace the Ford Taurus X as a CUV beginning with the fifth generation, targeted as a 2011 model. The new Explorer will be a less rugged but cheaper unibody vehicle with increased fuel economy and better ride and handling, but with potentially less towing capacity and offroad capability.

The Explorer was released in March 1990 as a 1991 model. It was equipped with a 4.0 L 155 hp (116 kW) V6 engine and 4-speed A4LD automatic transmission or 5-speed M5OD manual transmission. Like the Ford Bronco II it replaced, it was an SUV derivative of the Ford Ranger Pickup, but larger and with many of the higher end options of the Ranger coming stock on the Explorer. Following the Chevrolet S-10 Blazer, it came in both 2-door and 4-door bodystyles. It was available with rear or four-wheel drive. The four-wheel drive versions came with a Borg Warner 13-54 part-time four wheel drive transfer case. The 13-54 was available with "Touch Drive" electronic push button shifting as well as manual, lever operated shifting. Both designs were "shift-on-the-fly" designs that allowed the truck to be shifted from two wheel drive to 'four-high' at any speed. All Explorers came with the 8.8-inch (22 cm) Ford rear axle in either a limited slip or open version with a variety of available gear ratios. 4WD front axles were the TTB ("Twin Torsion Beam") Dana 35 with some Dana 44-spec components. Explorers initially came in 4 trim levels: base XL, XLT, Sport (only available on the two-door version), and the upscale Eddie Bauer Edition. 15 hp (11 kW) was added for 1993 for a total of 170 hp (119 kW). The Limited edition, added for 1993, was available only in the 4-door style and was even more upscale than the Eddie Bauer version. It featured automatic headlights, foglamps, an automatic transmission as standard equipment, an auto-dimming rear view mirror, a center roof console with compass and outside thermometer, special wheels, and a special grille. Both the grill and headlight trims on the Limited model were paint-matched to the body color, unlike the chrome or black versions on other trim levels.
Technically similar to the 4-door Ford Explorer, the Explorer Sport came in both rear-wheel drive and four-wheel drive variants. It replaced the 2-door Ford Bronco II, and was larger than the Bronco II. A variant of the Explorer Sport was sold by Mazda as the Navajo, which won Motor Trend's Truck of the Year award but was discontinued in 1994. Not all 2-door Explorers are badged as Sport models.
Common complaints about the first generation models mostly came from the A4LD automatic transmission. Towing wasn't its strong point and it couldn't handle much more power if the engine saw any aftermarket upgrades. Improved cooling upgrades will prolong the life of the transmission. Also, problems came from the automatic locking front hubs. Moderate off road driving would destroy the plastic internals and leave the SUV stuck in 2WD. Manual locking front hubs, made for Ford by Warn, did not suffer from reliability problems.

The Explorer saw significant exterior, interior and suspension updates in 1995. The former "Twin Traction Beam" (TTB) front suspension was replaced with a more carlike independent front suspension. The Explorer lineup now consisted of two models: 2-door Explorer Sport and the 4-door Explorer. The Limited was a higher end 4-door. A 210 hp (157 kW) 5.0 L Windsor V8 engine and heavy-duty 4-speed 4R70W transmission were added for 1996, along with a "full time" all-wheel drive system on the Eddie Bauer and Limited in 1997. A more-powerful SOHC 205 hp (153 kW) engine came as an option in 1997 along with an optional 5-speed automatic. A Mercury twin, the Mountaineer, was added in 1997 as well. In early 1997, the 5.0 L received new cylinder heads (GT-40P series), which upped power to 215 hp (160 kw). Since this change was made in the middle of the 1997 release, the 1997 GT-40P equipped Explorers and Mountaineers were dubbed 1997¼ models. The 5.0 L V8 powered Explorer has become favored in the high performance SUV crowd, with many performance parts available. This is due to the fact that many aftermarket 5.0 L Ford Mustang parts are interchangeable with the Explorer variant. Also, the Explorer has aftermarket parts available for it including superchargers, nitrous kits, and headers. It was the first in its segment to introduce driver and passenger air bags at once.
The 1995 Explorer was the first production vehicle to use a neon center high mount stop lamp. This was replaced with a more conventional lamp when the liftgate was refreshed in 1998. A slight change in front end design came in 1999, at which time the XLS name replaced XL as the base model.
Like the basic Explorer, the Explorer Sport was significantly updated in 1995. The Eddie Bauer trim level was replaced with Expedition on 2-door Explorers (1995 only, the name would be reused on the 1997 Ford Expedition). The rear was given a face lift for 1998.
There was a North Face model also introducued, but was exclusive to the UK.
2001 also saw the introduction of the Explorer Sport Trac, which put a small pickup bed behind the four normal SUV doors.
In 2009, this generation Explorer had five of the top seven spots for vehicles traded in under the "cash for clunkers" program, with the 1998 model topping the list. The 1994 model from the previous generation also had the eighth spot on the list.

With fair confidence, one could point to the Ford Explorer as the catalyst that started America's love affair with the SUV. Ford's midsize creation was perfectly timed for the SUV boom that began in the early 1990s. Certainly there were SUVs before the Explorer, but they were mostly utilitarian in nature. The Explorer was the first go-to SUV for the Everyman.

Throughout its life, the Ford Explorer has promised to deliver versatility, a reasonable amount of comfort, affordability and, perhaps most importantly, more style than a station wagon or minivan. Seemingly, it succeeded. During much of the '90s, Ford was consistently selling more than 400,000 units a year.

As if part of a Greek tragedy, however, the Explorer became embroiled in controversy at the start of the new millennium. Models fitted with certain Firestone tires were found to have higher than average instances of tire failure and subsequent rollover crashes. Though the Ford SUV was largely exonerated in subsequent analysis, it never fully recovered in terms of sales or image, despite a ground-up redesign for 2002. From the informed consumer standpoint, however, this isn't a midsize SUV to ignore. New or used, the Explorer should be part of any serious SUV search.

By just about every measure, the current Ford Explorer is the best one yet. Compared to earlier models, it's quieter, more powerful, better-looking, better equipped and safer. As a midsize SUV built on an advanced ladder-frame chassis with an independent rear suspension, the four-door Explorer can seat up to seven people or carry a maximum of 85 cubic feet of cargo.

The Ford Explorer consists of four main trim levels: XLS, XLT, Eddie Bauer and Limited. Naturally, moving up the list provides more standard equipment and luxury features. Many additional options, including rear-seat DVD entertainment, navigation and side curtain airbags, are also available. Stability control and antilock brakes come standard. For power, the Explorer can be equipped with either a 210-horsepower 4.0-liter V6 or a 4.6-liter V8 good for 292 hp. Two- or four-wheel drive is available with either engine.

In reviews of the latest Ford Explorer, our editors have found that the vehicle provides excellent ride and handling characteristics, a comfortable and roomy cabin, and strong power and a high towing capacity on V8 models. In posted comments, consumers seem to agree with this assessment. Their complaints typically mention poor fuel economy for the V8 and minor interior ergonomic faults.

Considering that the Ford Explorer has been one of the most popular vehicles over the last two decades, shoppers for used SUVs can be quite choosy in terms of getting the configuration and condition they desire.

The Explorer is currently in its third generation, which dates back to the 2002 model year. Earlier Explorers of this generation did not vary much in terms of features or performance, though 2004 and newer models have more available safety features. For 2006, a substantial update took place that included revised styling inside and out, an improved frame, enhanced safety systems and the addition of the current, more powerful V8 (the previous V8 produced 239 hp). More recent Explorers benefited from the arrival of the Sync music/phone interface (2008) and a revised navigation system (2009).

Previous to the current model, there were two Explorer generations. Model years 1995-2001 represent the second generation Explorer. Though not as refined as the current model and not as powerful, this group is still a respectable choice for an SUV. For most of this generation's run, three engines were available: a standard 160-hp V6, an optional 210-hp V6 ('97 and later) and a 210-hp 5.0-liter V8. The familiar XL, XLT, Eddie Bauer and Limited were the available trims, and there was a two-door Explorer known as the Sport. Editorial reviews of the time noted that the Explorer had a comfortable cabin and decent utility but fared poorly in terms of road handling and off-road ability.

The original Ford Explorer debuted in 1990 as a 1991 model, and it replaced the Bronco II in Ford's lineup. It achieved instant success in a market that it ultimately defined, if not created. Based on the Ford Ranger pickup, the original Explorer had the winning combination of size, style and utility that people wanted in an SUV. It came as the volume-selling four-door or a less popular two-door. Initially, just XLS and XLT trim levels were available. In 1992, an Eddie Bauer edition joined the lineup, and a Limited model followed shortly thereafter. For power, these Explorers had a 155-hp V6. Output went up slightly to 160 hp in 1993; this was also the year Ford made antilock brakes standard equipment. 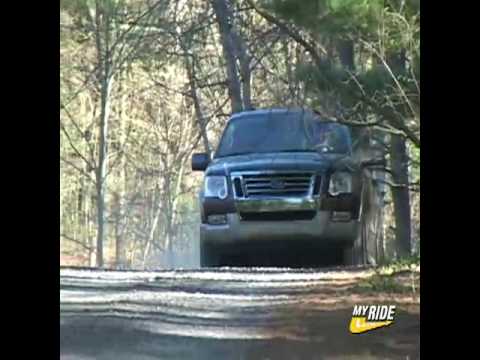 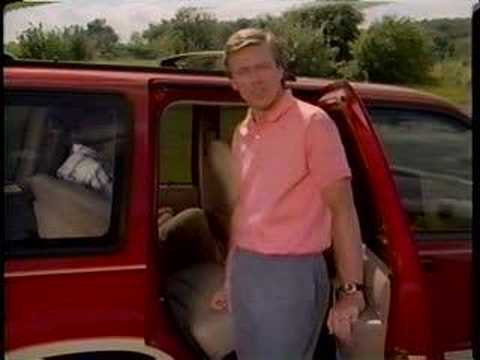