"Rust in Peace" is Released

Released worldwide on September 24, 1990, Rust In Peace was a hit with fans and critics alike, debuting at #23 on the Billboard Top 200 in the US, and #8 in the UK. The album showcased a much tighter sound, with Mustaine's writing style adopting a rhythmically complex progressive edge, prompting Allmusic to cite Rust in Peace as "Megadeth's strongest musical effort". The album featured the singles "Holy Wars... The Punishment Due", and "Hangar 18", both of which received music videos, and remain live staples. Rust in Peace went on to sell more than a million copies in the US, and received Grammy nominations in 1991 and 1992 for Best Metal Performance. 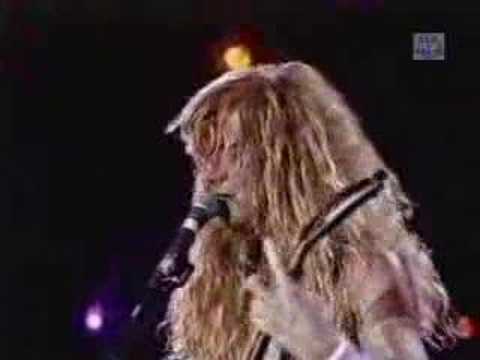 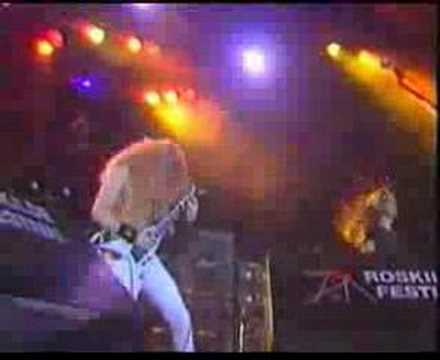