Clash of the Titans Tour

The bands for the tour in Europe in 1990 were Megadeth, Slayer, Testament and Suicidal Tendencies.

The tour began again in 1991 in the United States with a slightly different lineup; this time with headliners Megadeth, Slayer and Anthrax, and supporting act Alice in Chains. Originally the Bay Area thrashers Death Angel were supposed to be the supporting act, but after a horrible accident which almost took drummer Andy Galeon's life, the band was forced to decline the offer.

A brief feud was made while the tour was ongoing between Megadeth's lead vocalist and guitarist Dave Mustaine and Suicidal Tendencies' singer Mike Muir. The feud was more of a verbal fight between them and did not last long. In 1992 Suicidal Tendencies were an opening band for the other in the Countdown to Extinction tour.

Also Slayer's frontman Tom Araya confesses there was tension between his band and Dave Mustaine's while the tour was in progress. There was said to have been verbal insults between him and Mustaine because of the guitarist Kerry King's works in Megadeth five years ago. Tom claims that the leader of Megadeth was telling him throughout the tour that he "Liked it when Tom was sucking his dick." Araya was responding by calling him "homo" and that the feud continued later long after the tour. On the tour Tom Araya befriended Alice in Chains' Jerry Cantrell and later was a guest on their next album Dirt from 1992.

The tour was started in favor of spreading the band's albums. Each released an album in 1990: Facelift by Alice in Chains, Persistence of Time by Anthrax, Rust in Peace by Megadeth, Lights...Camera...Revolution! by Suicidal Tendencies and Seasons in the Abyss by Slayer. However, Testament were promoting their 1989 album Practice What You Preach. All of these albums eventually became fan favorites and press acclaimed them as masterpieces. 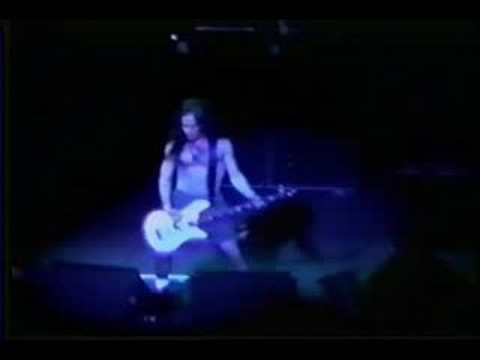