Total Recall is an action platformer that loosely follows the events in the movie.

You're Douglas Quaid, a man on the run from mysterious people who are trying to kill him (including his wife) after getting a memory implant. It's up to you to get to the bottom of all of this and find out the truth…on MARS!

Total Recall has to be one of the worst movie-based games ever, falling into the same category as ET for the Atari in some respects, just not with an interesting back story and the fact the game is almost impossible to play rather than a two minute cakewalk. Impossible in the sense that the sluggish, clunky controls make it extremely difficult to get anywhere. Combine that with the lack of any kind of battery backup or password feature to continue from certain points and makes Total Recall much less a game as it's a nice way to encourage mail pattern baldness, because you'll be pulling your hair out by level two.

Your character in Total Recall, like the real Arnold, has an incredible arsenal of moves at his disposal: both a jump, and a sad thing he does with his wrist that sort of resembles a punch. You should be fine, though; since you're 300 pounds of highly trained muscle and not only are most of your enemies are midgets, and most of their attacks are harmlessly leaping over your head again and again. 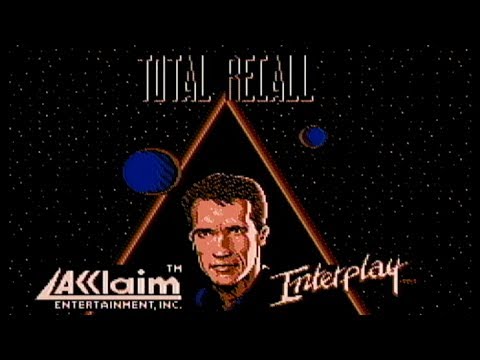 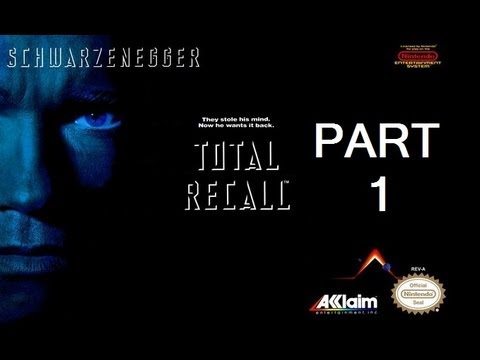 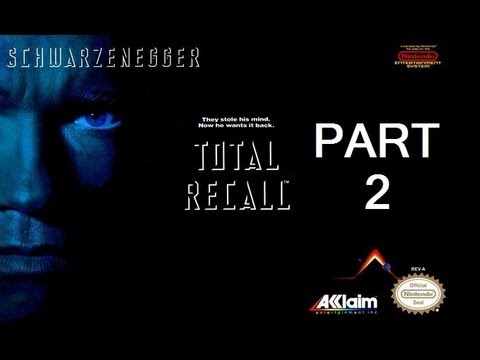