Passion and Warfare is a 1990 instrumental album from guitarist Steve Vai.

It has been certified 2 times Platinum. It was written based on a series of dream sequences that Vai had when he was younger, and in the guitar music book of the album, Vai sums it up as 'Jimi Hendrix meets Jesus Christ at a party that Ben Hur threw for Mel Blanc'. It was all recorded in 'The Mothership' studio at his home in the Hollywood Hills, a 1,600-square-foot (150 m) building where his guitar parts for Whitesnake's album Slip of the Tongue were also recorded. (Whitesnake singer David Coverdale has small talking parts on Passion and Warfare.) Vai has many strange recording techniques, and for one of Passion and Warfare's tracks, "For the Love of God", he fasted for ten days and recorded this song on the fourth day of the fast. The track Blue Powder was actually recorded in 1986 as a showcase track for Carvin amplification and given away with Guitar Player magazine in flexi-disc format. The song Blue Powder was recorded using Carvins X-100B amplifier. Steve was introduced to Carvin Amplification by his mentor Frank Zappa who used the X-100B. (the drum performance was subsequently re-recorded for the album).

The song "For the Love of God" is available for download on Guitar Hero 3, and was voted the 29th best solo of all time by a readers' poll in Guitar World. 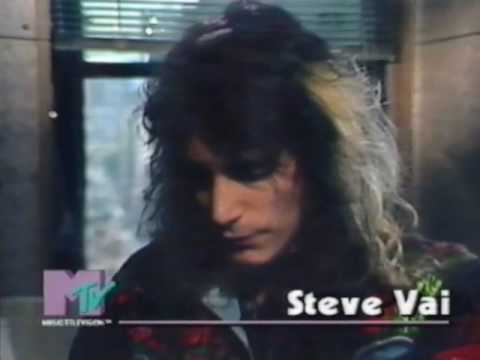 View other events that happened in July 1990