Super Mario Bros. 3 (also referred to as Super Mario 3 and SMB3) is a platform video game developed and published by Nintendo for the Nintendo Entertainment System (NES), and is the fifth game in the Super Mario series.

It was first released in Japan in 1988 and later in the United States and Europe in 1990 and 1991 respectively. Development was handled by Nintendo's Research & Development Team 4, led by Shigeru Miyamoto who directed the game along with Takashi Tezuka.

The game centers on the quest of Mario and Luigi to save the rulers of seven kingdoms from Bowser, the series' antagonist. The two brothers must travel across eight worlds to restore order to the Mushroom World. It built on the gameplay of previous Mario games by introducing new power-ups that augment character abilities, and established conventions that were carried over to future games in the series.

Prior to its North American release, gameplay footage from Super Mario Bros. 3 appeared in the Universal Studios film The Wizard and helped fuel the game's anticipation among fans. Upon its release, the game was commercially successful and has since become one of the best-selling video games in the industry. Super Mario Bros. 3 was well received by critics and has been included in numerous lists of top video games. The success of the game resulted in an animated television show based on its elements, and in the game's rerelease on later Nintendo consoles. 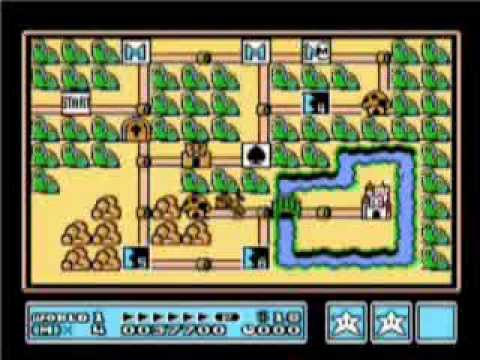