11 February 1990: After 27 years of imprisonment, Mandela is released.

His new life is busy, visiting old friends and supporters, becoming deputy president of the ANC, and travelling with Winnie to the US, Europe and North Africa. In Sweden, he visits his old friend Oliver Tambo.

It is significant that shortly after his release on Sunday 11 February 1990, Mandela and his delegation agreed to the suspension of armed struggle.

On 2 February 1990, State President F.W. de Klerk reversed the ban on the ANC and other anti-apartheid organisations, and announced that Mandela would shortly be released from prison. Mandela was released from Victor Verster Prison in Paarl on 11 February 1990. The event was broadcast live all over the world.

On the day of his release, Mandela made a speech to the nation. He declared his commitment to peace and reconciliation with the country's white minority, but made it clear that the ANC's armed struggle was not yet over:

“Our resort to the armed struggle in 1960 with the formation of the military wing of the ANC (Umkhonto we Sizwe) was a purely defensive action against the violence of apartheid. The factors which necessitated the armed struggle still exist today. We have no option but to continue. We express the hope that a climate conducive to a negotiated settlement would be created soon, so that there may no longer be the need for the armed struggle. ”

He also said his main focus was to bring peace to the black majority and give them the right to vote in both national and local elections.

Main article: Negotiations to end apartheid in South Africa
Following his release from prison, Mandela returned to the leadership of the ANC and, between 1990 and 1994, led the party in the multi-party negotiations that led to the country's first multi-racial elections.

In 1991, the ANC held its first national conference in South Africa after its unbanning, electing Mandela as President of the organisation. His old friend and colleague Oliver Tambo, who had led the organisation in exile during Mandela's imprisonment, became National Chairperson.

Mandela's leadership through the negotiations, as well as his relationship with President F.W. de Klerk, was recognised when they were jointly awarded the Nobel Peace Prize in 1993. However, the relationship was sometimes strained, particularly so in a sharp exchange in 1991 when he furiously referred to De Klerk as the head of "an illegitimate, discredited, minority regime". The talks broke down following the Boipatong massacre in June 1992 when Mandela took the ANC out of the negotiations, accusing De Klerk's government of complicity in the killings. However, talks resumed following the Bisho massacre in September 1992, when the spectre of violent confrontation made it clear that negotiations were the only way forward.

Following the assassination of ANC leader Chris Hani in April 1993, there were renewed fears that the country would erupt in violence. Mandela addressed the nation appealing for calm, in a speech regarded as 'presidential' even though he was not yet president of the country at that time:

“Tonight I am reaching out to every single South African, black and white, from the very depths of my being. A white man, full of prejudice and hate, came to our country and committed a deed so foul that our whole nation now teeters on the brink of disaster. A white woman, of Afrikaner origin, risked her life so that we may know, and bring to justice, this assassin. The cold-blooded murder of Chris Hani has sent shock waves throughout the country and the world. ...Now is the time for all South Africans to stand together against those who, from any quarter, wish to destroy what Chris Hani gave his life for – the freedom of all of us.”

While some riots did follow the assassination, the negotiators were galvanised into action, and soon agreed that democratic elections should take place on 27 April 1994, just over a year after Hani's assassination.

The Dutch and the British colonized South Africa in the 17th century, and the two fought for control during the Boer War in the early 1900s, according to Stanford University. The groups then shared power, and the Afrikaner National Party became dominant in the 1940s.

In the late 1940s, the white Afrikaner National Party moved to consolidate its hold on power with the introduction of racially discriminatory measures known collectively as apartheid, the Nelson Mandela Foundation writes.

Whites and non-whites were prohibited from marrying; South Africans were divided into racial categories; and blacks had to carry “pass books” identifying their status.

In 1951, black people were placed in “homelands” according to vague concepts of ethnic origin, a move that cemented white control, according to the Apartheid Museum.

The Public Safety Act and the Criminal Law Amendment Act of 1953 gave the government certain emergency powers to suppress protest. That legislation was employed in Sharpeville in 1960, where 69 protesters were killed. 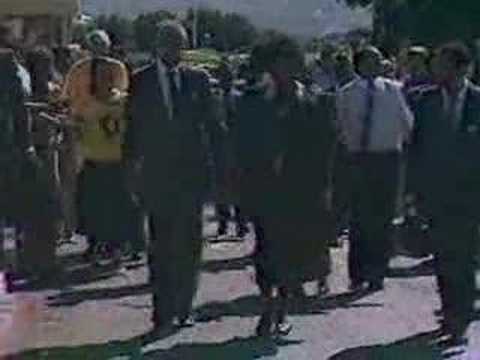 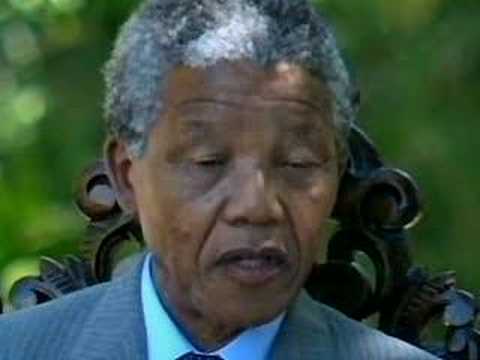