Home Alone is a 1990 Christmas film written and produced by John Hughes and directed by Chris Columbus.

The film features Macaulay Culkin as Kevin McCallister, an eight-year-old boy who is mistakenly left behind when his family flies to Paris for their Christmas vacation. While initially relishing time by himself, he is later greeted by two house intruders. Kevin eventually manages to outwit them with a series of booby traps. The film also features Daniel Stern, Joe Pesci, Catherine O'Hara, John Heard and Roberts Blossom.

Home Alone is the highest grossing live action comedy of all time the United States. 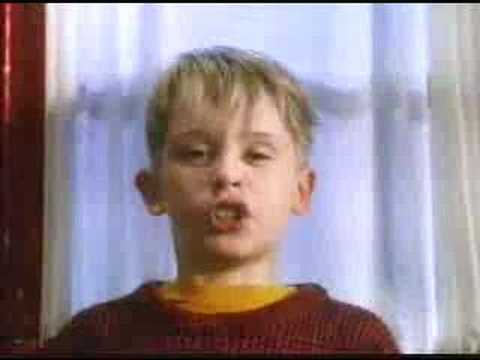